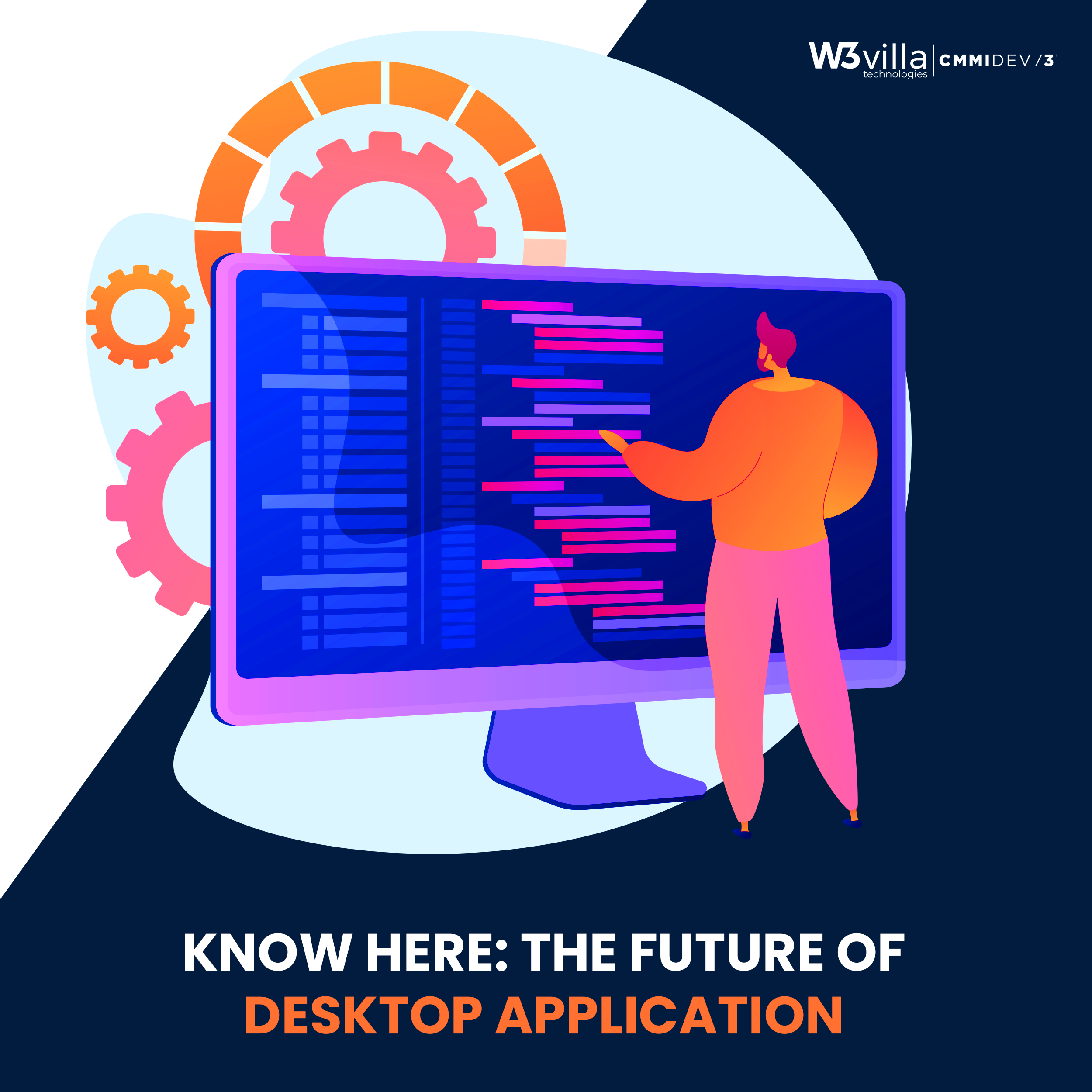 Do you think that desktop-based applications are dead? Do you believe you’re not going to need them in the future?

If so, you’re probably mistaken!

Before heading to the future of desktop apps, let’s discuss what they exactly mean and why we should choose them!

What are Desktop Apps?

An internal server or client system hosts and runs desktop applications. They run independently on a computer device, as opposed to web-based applications, which need the use of a web browser. Typical desktop programs include Adobe, Microsoft Outlook, Microsoft Teams, Skype, and others. Desktop programs, for example, are not always a walled garden; they frequently feature internet-based services, such as the desktop versions of Microsoft Teams, Slack, and Zoom.

Here are the potential benefits of desktop apps development;

An interrupted internet connection can cost employees time and productivity, not to mention the inability to access business-critical data and information while using web apps. Desktop apps, on the other hand, are self-contained and do not suffer from bad internet connectivity. As a result, if an organization's access to information is vital, a desktop application is the superior option.

Desktop apps are preferred by industries with sensitive data over SaaS equivalents since they are substantially more secure owing to in-house infrastructure and maintenance. Web applications are available to multiple users in the internet community, increasing the hazard. Standalone applications can be safeguarded against various vulnerabilities. As a result, if your app is utilized to handle sensitive information, a desktop app is the superior option.

Also, crucial applications that rely on speed (e.g., financial and trading software) are better off with desktop programs because users don't have to navigate among twelve tabs to find a tool.

The Popularity of Desktop Apps

Here are some examples of situations where desktop programs are more popular than web apps and will continue to be dominant for a long time:

The period of software development began with desktop application programming, and it has maintained its dominance in this field for a long time. However, as technology advances, many organizations and customers are increasingly relying on web apps that can be accessed via the internet.

Even though web technologies are currently dominating the software development market, desktop solutions are not doomed. Desktop apps offer advantages to businesses and users that digital alternatives do not. There are still a lot of scenarios where web development won't be able to replace desktops anytime soon. Complex GameDev, enterprise app development, low-level software, and other types of software are examples.

So, that’s a wrap to the “Future of desktop-based application”!

So, if you're thinking about getting into desktop app development, don’t think twice!

W3Villa is a leading software company that builds the top-notch desktop application. It enables administrators to develop content tailored to individual user roles, allowing for user engagement throughout the lifecycle, including onboarding, ongoing learning and training, self-service support, and change management.