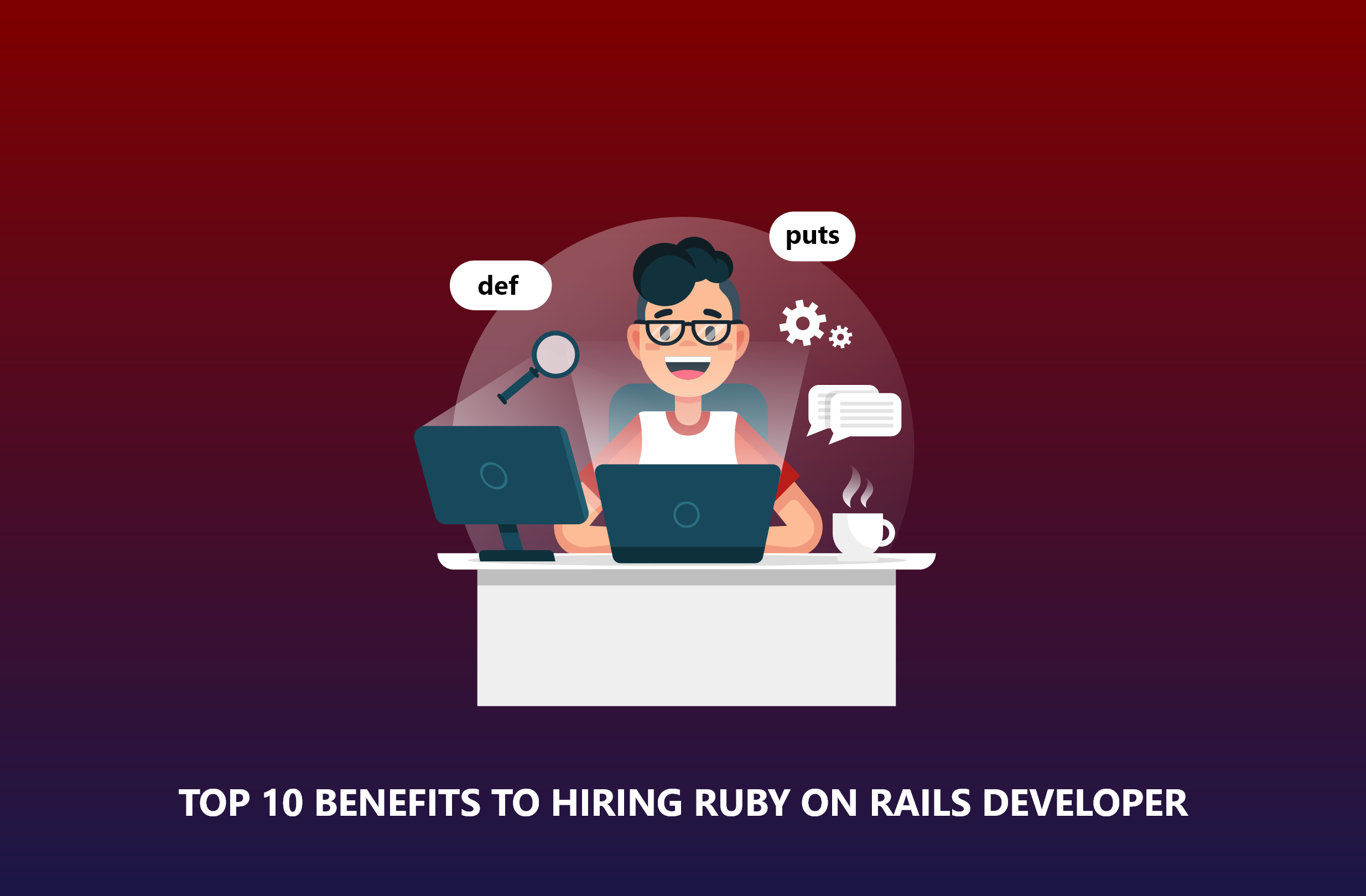 Even though Ruby on Rails was first released in 2004 (making it 18 years old at the time of writing), it constantly ranks among the top 10 web apps, indicating that Ruby on Rails development services are still in great demand across a wide range of industries.

So, while Ruby may not be the most well-known programming language, it is unquestionably one of the most widely utilized, and those that use it on Rails have a lot to be proud of.

10 Advantages of Hiring a Ruby on Rails Developer

A smaller codebase and a modular design allow for quick website launch and, if necessary, post-launch adjustments. In reality, Ruby on Rails makes creating even the most complicated websites a breeze.

Hiring a specialized Ruby on Rails expert is always the most cost-effective solution because it eliminates numerous overhead costs such as infrastructure and hiring costs.

If you're an entrepreneur who wants to stand out from the crowd by creating something valuable, you're no longer motivated by money or any other factor. Entrepreneurs who are just starting are more concerned with creating a long-term legacy. Every Tom, Dick, and Harry can make money, but becoming a successful entrepreneur is not for everyone. Choosing the right Ruby on Rails development service allows you to produce something valuable that gives you an advantage over your competitors.

The Rails programmer is working on creating something more substantial than just money. Ruby on Rails takes advantage of the language's expressiveness and delicacy. In a nutshell, Ruby on Rails development companies have revolutionized the way traditional programming is done, as well as the way programmers think and operate. This is the primary reason why Ruby is gaining popularity among developers.

Another important reason why startups like Ruby on Rails is the speed with which it may be developed. Rails has many pre-built modules and plugins that allow programmers to quickly develop a basic application without having to write and rewrite repetitive code. The average fashion and eCommerce rails application is constructed 40% faster than any other framework.

Every online application is built to gain greater traction or attract more visitors. If you're a small business, scaling isn't a concern; yet, it's critical to understand your application's ability to manage large numbers of requests per minute.

When you create a Rails application, you follow a Secure Development Lifecycle that protects your web application's whole and full security.

Ruby has one of the most active and diversified programming communities in the world. Rubyists update their blogs, write books, and organise meetups and conferences regularly. They even participate in hackathons and are always willing to share and assist.

This might be a fantastic opportunity, so make sure you look in all the right locations for your RoR development and make sure everything is in order in terms of screening and interviewing. In a task like this, patience is essential.