Along the reckoning of the Blockchain revolution as the next Big-bang in the digital technology, a stunning new figure trends in: Blockchain, and in particular, Ethereum Games. I’ve created a list of some popular Blockchain Games to check out!

The underlying notion fueling this affair is to collect and own virtual or digital objects called Crypto-collectibles along other members of the Crypto-gaming community. These Crypto-items are developed to hold the digital value analogously as promised by actual Cryptocurrencies, i.e. Bitcoin (BTC), Ether (ETH), and other Altcoins.

They form another great example of the fact that just about anything can be created and issued cryptographically on a Blockchain network. Such decentralized games further trigger the development of Crypto-platforms, thereby catalyzing the realms of Cryptocurrency and decentralized ecosystems.

Go through my collection to get a deeper insight into this evolving Blockchain trend:

Note: Some of these games are already popular and fun (like Cryptokitties), while some others are likely to blow up the market in the very near future!

The pioneer in Ethereum Blockchain Gaming! Make a collection of those cute CryptoKitties (unique to a specific player) by acquiring, buying, selling, and even breeding them.

Kind of a battle system. The challenge calls for making a collection of cards, trade them, build decks and then subsequently fight other opponents.

A car racing game built upon the Ethereum network. You can buy, trade & upgrade your cars and then race with other Cryptocars. Interesting if you like that racing stuff...

Okay, most probably that letter Ð is pronounced the same way the normal D is. Nevertheless, it’s a game about owning and trading parts of the world, called here as plots!

The platform is set to start very soon. The game centers around the collection, trade, and rearing of virtual animals as pets.

Great if you like things like monsters and all! In this Ethereum-powered world of monsters (or as they call ‘em Ethermons), you need to capture, train, and trade these digital creatures.

Another Blockchain application evolved upon the Ethereum smart contracts. The theme is to getting involved in an army of Krypto Fish tokens in a deep blue decentralized ocean!

Also built upon the powerful Ethereum technology, this blockchain video game features fierce and robust virtual fighters to collect, trade and battle with.

Ever had the fantasy of owning the Big Ben? Or maybe the White House! Well, with this dApp, you can, though of course in a virtual world, but among a vast & growing community...

So you’re into Robots, all that Sci-Fi kind of objects, and merely God knows what not! If so, you may like to collect and battle with what they call Etherbots!

Hope you liked this collection of exciting Blockchain-based games. Such games not only allow you to have some fun, but also get some earnings! 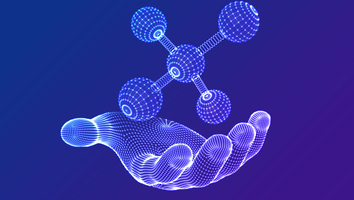