Get To Know the Changes with iOS 15 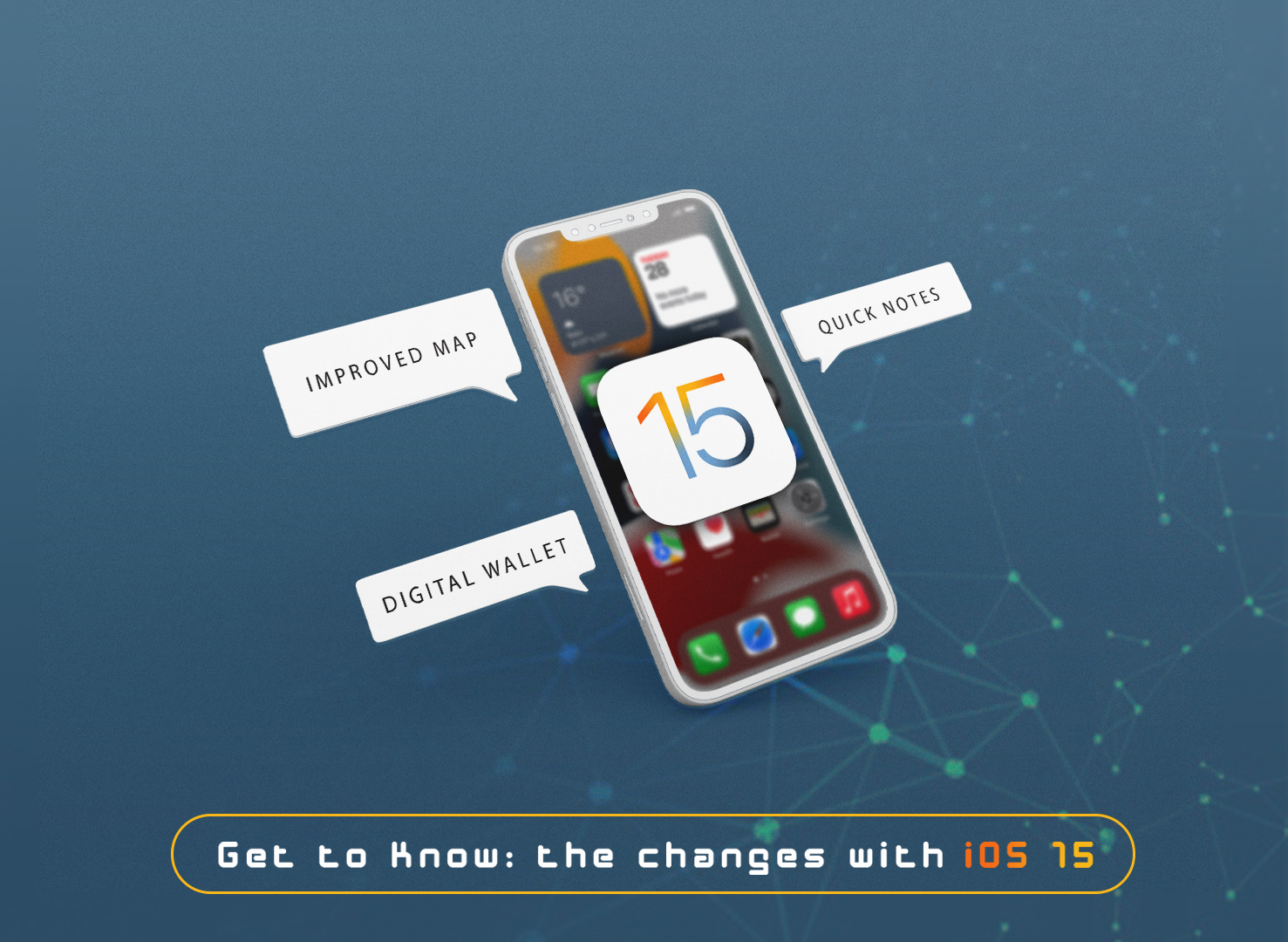 If you've recently updated your iPhone, you're certainly familiar with all of the major iOS 15 features, such as SharePlay, which lets you watch movies, listen to music, and browse the web with friends and family over FaceTime.

While iOS 15 was first announced in June 2021 at WWDC (Apple Worldwide Developers Conference) 2021, it underwent considerable changes before being launched on September 20. The new version focuses on three aspects: keeping connected, productivity, and privacy.

In this post, we’ll be discussing the changes that you need to know with iOS 15 in 2022.

One of the most intriguing new features in iOS 15 is the ability to use FaceTime for more than just face-to-face meetings. With SharePlay, you can now share your screen as well as media. Simply begin a FaceTime call and hit the SharePlay button in the top right corner of the screen to do so. Tap Share My Screen in the pop-up.

Notifications have been rewritten for iOS 15 after many years of improvement. Here you'll find the Notification Summary, where you may plan notifications to appear at specific times or even by the machine learning algorithms of Apple.

The addition of Do Not Disturb is also part of the enhancements, with it displaying for your friends and family if they have it turned on.

Focus is yet another element of Notification Summary, which recommends particular apps to you on your lock screen based on your calendar and even your location.

You may now take a photo of text, which will highlight it, and then copy or translate it into a document. You can utilize LiveText here if you have any previous images that display information; it's not limited to photos taken on iOS 15.

This is a direct competitor to Google Lens, and it appears to be particularly useful if you shoot a lot of images or have a vacation planned.

You may now take a photo of text, which will highlight it, and then copy or translate it into a document. You can utilize LiveText here if you have any previous images that display information; it's not limited to photos taken on iOS 15.

This is a direct competitor to Google Lens, and it appears to be particularly useful if you shoot a lot of images or have a vacation planned.

Spotlight can now search for photographs by location, people, scenes, or objects, and it can even find text and handwriting in photos using the new Live Text feature.

The spotlight may also be accessed from the Lock Screen, allowing you to swiftly install apps from the App Store without having to leave Spotlight. There is an action button on the Maps results in Spotlight for businesses that support App Clips.

There's more than one major feature in iOS 15.1, including ProRes support. This feature is only accessible on the iPhone 13 Pro and iPhone 13 Pro Max, thus it's not generally available.

This is a video recording format, and while it isn't new, it is the first time it has been supported by a smartphone. It's supposed to be aesthetically lossless (but technically compressed), and it's also less CPU-intensive when editing than codecs like H.264 and H.265 are.

Apple Maps has always been a step behind Google Maps, but with iOS 15, it has made significant progress in a few key areas. One of the most exciting new features is the ability to acquire augmented reality walking directions. Hold your phone up to your face so Maps can see adjacent buildings as you walk, and it will overlay street names and your walking instructions over live video of your route.

To acquire your AR walking directions, plan a route as usual and then hit the route button to select walking instructions. Then, on the right side of the map, tap the AR cube button.

In iOS 15, Apple's web browser has been completely redesigned, with extensions from macOS being ported over to the iPhone.

The address bar has been moved to the bottom of the screen, with motions to quickly switch between tabs and return to full-screen mode, as well as a pull to refresh the web window, similar to how you refresh your mail or tweets in Safari.

There's also a new home screen that you can personalize with your photos and tweak.

Many previously accessible buttons have been hidden behind a button; thus, this user interface may change as fresh betas arrive in the coming months.

The ability to disable the Auto Macro function seen on the iPhone 13 Pro and iPhone 13 Pro Max has been added to iOS 15.1 as a smaller camera feature. When you go close to something, the device would eventually switch to the ultra-wide lens, which powers the macro mode and can focus from just 2cm away.

If you're getting near, it's usually the ideal lens for the job, but there may be times when you'd like to use a different lens, and if you disable Auto Macro, you'll have that option.

CarKey now has U1 functionality, allowing you to unlock your car or even access your trunk, thanks to an update to Apple Wallet in iOS 15.

You may also use Wallet to access your business or home, and hotels like Hyatt will soon make this capability available to iOS 15-enabled devices.

Identity cards such as driver's licenses will be displayed in Apple Wallet, and TSA security checkpoints will be enabled soon.

We are a leading iOS development company that efficiently harnesses the latest technologies and tools for your Apple devices that ensure your applications are engineered to make you future-forward businesses.