How Blockchain Can be Helpful for the Public Sector? 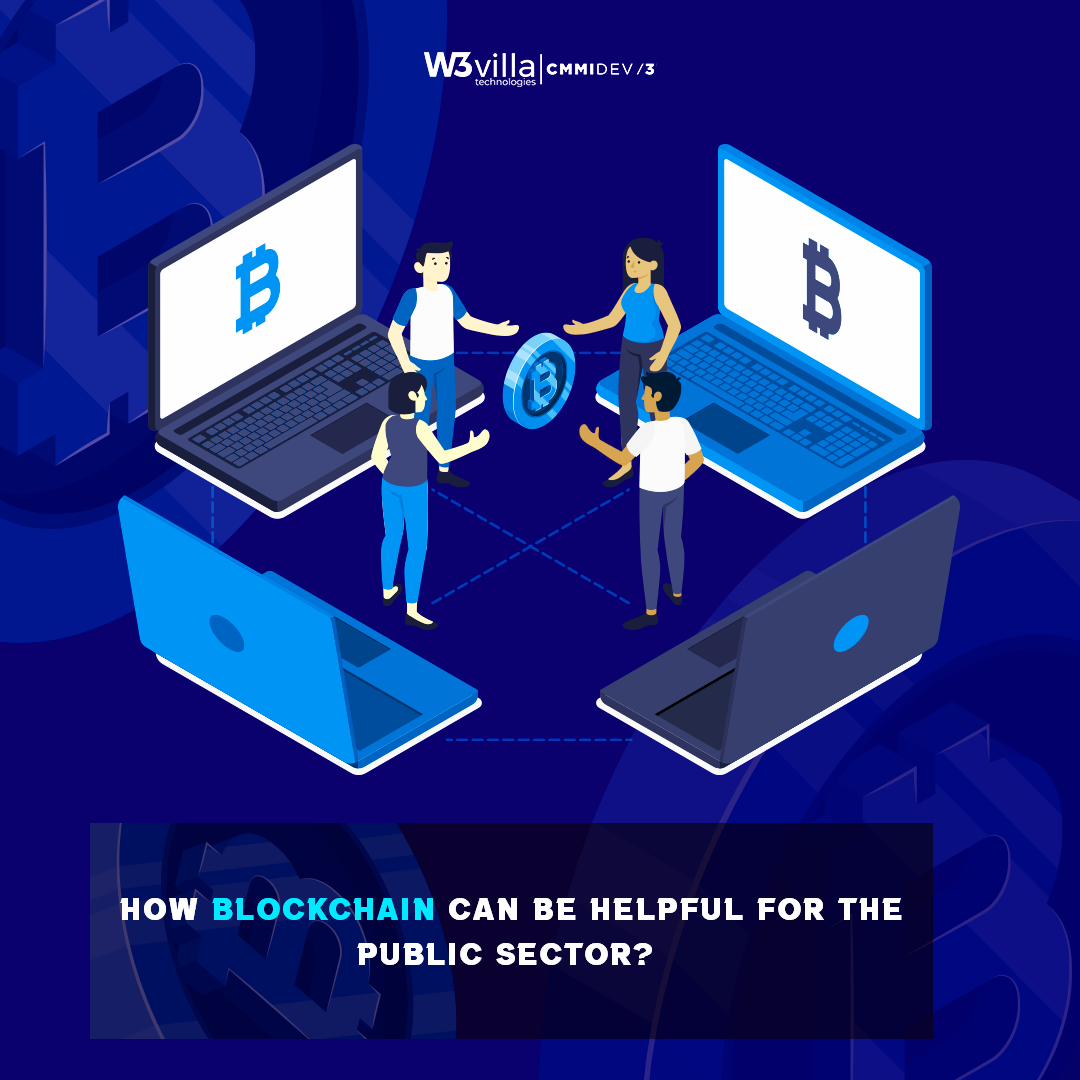 The government's emphasis on digital transactions, which streamline corporate procedures and increase transparency, is creating new opportunities for exponential technology deployment and innovation.

Blockchain solutions, undoubtedly, have gained popularity across the spectrum, within sectors, and within government as the influence of disruptive digital forces becomes more obvious.

How Blockchain Can Transform Public Services?

The hyper-connectivity that can now be observed in the world around us has not only resulted in more data but has also resulted in a dramatic shift in how the economy operates and interacts.

The government must become more transparent, efficient, cost-conscious, and real-time in this period of perpetual change and economic transformation, which translates to a citizen-centric government.

Meeting this new need will now necessitate a move that will shatter the foundations of a bureaucratic government entity. A transition that will only be feasible if a secure blockchain architecture and other features of this technology are promoted.

Many of the advantages of a decentralized government focus on making government agencies more efficient, both in terms of how they work and in terms of public trust.

Government agencies may use a variety of blockchain solutions, tools, and technologies to protect sensitive data and improve the management of documents related to property ownership and incorporation right now.

Governments may employ blockchain in the future to enable networked public services as blockchain improves.

Because governments are the default record keeper for society, they are appealing targets for hackers. Instead of just considering such attacks as an inescapable cost of conducting business in the information age, they could be reduced or prevented by employing blockchain data structures effectively.

When you incorporate blockchain development services into your operations, it can significantly change how we maintain digital identities and access the internet; this R&D project will help us get closer to realizing that potential.

The process of reconciling these funds is time-consuming, costly, and inconvenient for the budget. A blockchain-based payment and accounting system might provide a permanent audit trail and allow for faster reconciliation.

Transparency through decentralization is a crucial characteristic of blockchain-based solutions, allowing all participants to see and verify data. A blockchain technology that allows for independent verification of government claims could boost some citizen services.

If you don’t have time to implement it, you may choose a dedicated blockchain development company to do it for you!

Many countries like Georgia and Sweden are testing with blockchain-based land records, which allow multiple parties to securely keep copies of the registration.

This model could be effective in quickly settling or fully averting property conflicts. When citizens and governments share records, the risk of mistrust is reduced.

Many governments spend millions of dollars each year to promote a variety of causes, including education, the arts, humanitarian aid, and social assistance. This process is frequently confusing, opaque, and inefficient, resulting in money being lost due to banking fees and middlemen, as well as the possibility of fraudulent financial diversions.

Blockchain can increase public trust in such systems. The potential to disintermediate and reduce the number of actors engaged in grant awarding, disbursements, and management could speed up the process, save costs, and lessen the risk of illegal money syphoning.

What Does the Future Hold for Decentralized Governance?

What is apparent, however, is that at a time when worldwide faith in governments is at an all-time low, a system based on transparency and facts has enormous potential in altering a country's economy.

The other inescapable fact is that the adoption and impact of blockchain on the government will become much more substantial in the future. While we have seen the technology's potential, we must equally acknowledge the regulations that are delaying its implementation.

So, depending on how the government reacts to decentralization and how openly they incorporate Blockchain solutions, a sort of distributed ledger technology, into their procedures, becoming citizen-centric might either be conceivable or impossible.

The blockchain ecosystem is rapidly expanding to home down on use cases and collaborate to test and explore its potential, while being a relatively new technology in practice and, more significantly, new tradecraft.

If you are looking to implement blockchain development services in your business, you’ve reached the correct destination!

W3Villa is a leading blockchain development company that uses cutting-edge tools and technology to create high-quality, scalable decentralized apps. With an experienced team of Blockchain Developers, you will get a range of solutions, including Smart Contract Development, custom Blockchain applications, Tokens and Crypto-currencies, and Web Wallets.

Why angular.js is a great c...Node Vs python: which is th...