NodeJs Vs PHP: Which One Is Better For Backend Development?

Since backend development uses PHP and Node.js, these technologies are essential for a project to run quickly and effectively. No matter how well-thought-out and responsive the UI of your project is, it won't matter if the remainder of the user experience is sluggish and riddled with bugs due to a badly developed backend.

Proficient backend programmers and project managers undoubtedly grasp how Node.js vs PHP are compared and what strengths and limitations they bring. This rationalizes why various enterprises are inquisitive about obtaining PHP and NodeJS development services. We'll walk you through the feature comparison of these two technologies and assist you in deciding between PHP vs NodeJS development for your backend process.

Because Node.js is asynchronous, it does not have to wait for a module to complete its execution before loading the next one. Such execution provides a seamless user experience and significantly lowers the web app's downtime.

Like the majority of pre-2K languages and technologies, PHP relies on synchronicity to function. This implies that each module and function is carried out in the sequence provided by the code. If one module or function is not running, the subsequent ones won't begin until it is. Due to its quick performance, NodeJS development is a preferable option.

On the surface, Node.js might need more lines of code than PHP to perform the same tasks. Thankfully, the entire development environment is Javascript-programmed, so you don't need to worry about remembering multiple languages' syntax while you're coding. So even though NodeJs only supports one language, it occasionally necessitates considerably lengthier lines of code.

From a distance, it could appear like PHP is simpler and requires fewer lines of code to execute the same function. However, you also need to be familiar with how Linux, Apache HTTP Server, MySQL, and PHP itself operate and generate.  Despite having longer code, NodeJs development code is simpler to execute because it only uses one programming language in its configuration.

Because Node.js is asynchronous and uses the JavaScript V8 Engine, it executes code extremely quickly and starts up quickly. It doesn't block requests for other processes to finish because it is event-driven.

PHP was created considerably earlier, and this can be seen in how quickly pages load. It causes a process to be blocked until it has finished computing, which results in delayed loading and no room for concurrency.

With frameworks like Meteor, Express, Derby, and Sails, Node.js has rapidly increased the number of its libraries. Although these frameworks can increase productivity by cutting down on NodeJS development time and resource usage, PHP's frameworks much outweigh those of Node.js.

PHP has been around since 1995 and has a huge library of frameworks, each with its own specialized niches. Some development firms, such as Laravel, CakePHP, and Phalcon, concentrate solely on various PHP frameworks.

Some PHP aficionados frequently gripe that NodeJS development services are less reliable than their PHP counterparts. Systems for quality control are hardly in place because the community is still developing.

For many years, PHP has had an advantage in this area. However, several PHP devotees have recently voiced their frustration about receiving subpar projects. They have moved to other platforms as a result, especially since PHP's built-in functionality may be imported there as well.

No standardized method exists to determine whether Node.js is superior to PHP or vice versa. To choose the technology that best suits your project, you should first map out its requirements rather than trying to judge which technology is superior to the others.

Give your human expertise some extra thought in addition to the relevance of technology. You can also choose the best PHP or NodeJS development company for your project.

We, at W3villa primarily aim to provide top-notch PHP and NodeJS development services that you can count on. Our professional and dedicated developers will leave no stone unturned to provide you with positive outputs. Feel free to contact us today. 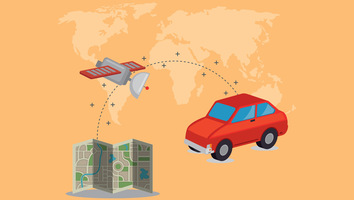 How to Develop a GPS Navigation to Improve Real-Time Monitoring?

Implementing a GPS tracking capability is necessary as the popularity of vehicle management systems is rising. The constant real-time fleet managem...
Read More 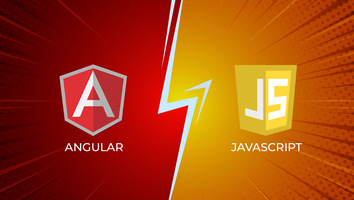 Difference Between JavaScript & Angular: Which One Is More Useful 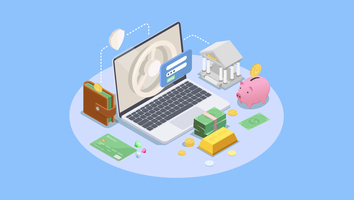 How Emerging Technologies are Transforming the Future of The Banking Industry?

Over the previous few decades, digital transformation has altered how we speak, listen, buy, and conduct business. Emerging technologies have conti...
Read More