In this blog, You'll learn how to set up Visual Studio Code to work with Ruby and Ruby On Rails development solutions. VS Code is the preferred editor, and it's growing in popularity across the developer community.

Solargraph is a Ruby language server with IntelliSense, code completion, and inline documentation.

Solargraph has a command that allows you to access searchable documentation right from the IDE.

To search, type a term or a path, such as String or Array#join.

The Ruby core, needed gems, and the current workspace are all documented. When you save the related file, the workspace documentation is automatically updated.

You can also view popup information with links to extra documentation when hovering over variables, constants, and function calls.

What are the benefits of using Solargraph?

If you've used any IDE, you've probably noticed that when you code on it rather than on a plain notepad, features like code completion, type checking, and code navigation make our lives easier. Solargraph follows this path and attempts to give VS Code an IDE-like experience.

Now we'll get down to business. You'll appreciate Solargraph and its VS Code addon if you're used to VS Code's amazing JavaScript autocompletion.

Solargraph is a Ruby gem that uses Microsoft's solargraph.org to give IntelliSense functionality.

To use Solargraph's features, you must add the following dependency to your Gemfile:

If you want to use the RuboCop functionality, you'll also need to install this dependency:

Ultimately, you may customize Solargraph to work more intelligently with your Rail codebase.

When you need to quickly verify the description and the latest version of a gem from your Gemfile, this plugin comes in handy.

As a developer, your goal is to optimize the editor's configuration while simultaneously ensuring that this configuration is saved in the project and access to other developers. It's better for everyone working on the same project to use the same editor and setup, even if it's painful at times. So you can concentrate on developing applications rather than configuring ten different linting and formatting editors.

Now, to accomplish this, you can use VS Code's handy capabilities to:

We'll be using the VS Code workspace settings to accomplish this.

Linting, syntax highlighting, and auto formatting of.*.erb files are currently in a bad state. As a result, They chose the straightforward approach of treating those files as their output format (HTML, CSS). Prettier and its Ruby plugin may be the best alternative in the long run, but it currently does not support.html.erb formatting.

Is Visual Studio Code the best Ruby IDE for you?

If you're new to the Ruby on Rails development service, we recommend RubyMine as your preferred ruby editor at this time. For people with little or no knowledge of the Rails API, the IntelliSense and autocomplete recommendations are invaluable. When you're not sure what methods or properties are accessible, it can be useful. Keep a watch out for improvements, though. The VSCode community continues to make considerable progress, and Microsoft's support is outstanding. Consider the Live Share extension, which was recently launched as an excellent example.

Visual Studio Code, together with our selected core extensions, makes for a terrific experience for people who are comfortable working in Rails or just keeping with Ruby. It's difficult to express how "lightweight" it seems in comparison to a full-fledged Ruby IDE like RubyMine. However, the distinction is palpable and outstanding.

Within Visual Studio Code, this addon improves syntax highlighting, language configuration, and snippets for Ruby and ERB projects. It is intended to be used in conjunction with the Ruby extension.

If you are looking to incorporate the extension, then look no further than W3Villa!

W3Villa technology is a leading IT and ruby on rails development company that enables you to incorporate Solargraph on VS Code and configure it in your development environment. 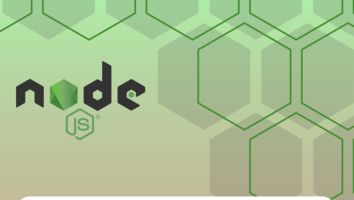 Everything You Know About the Latest Nodejs 16

For anyone who has been excitedly anticipating the release of your favourite framework update, your wait is now over! Node.js v16 development servi...
Read More