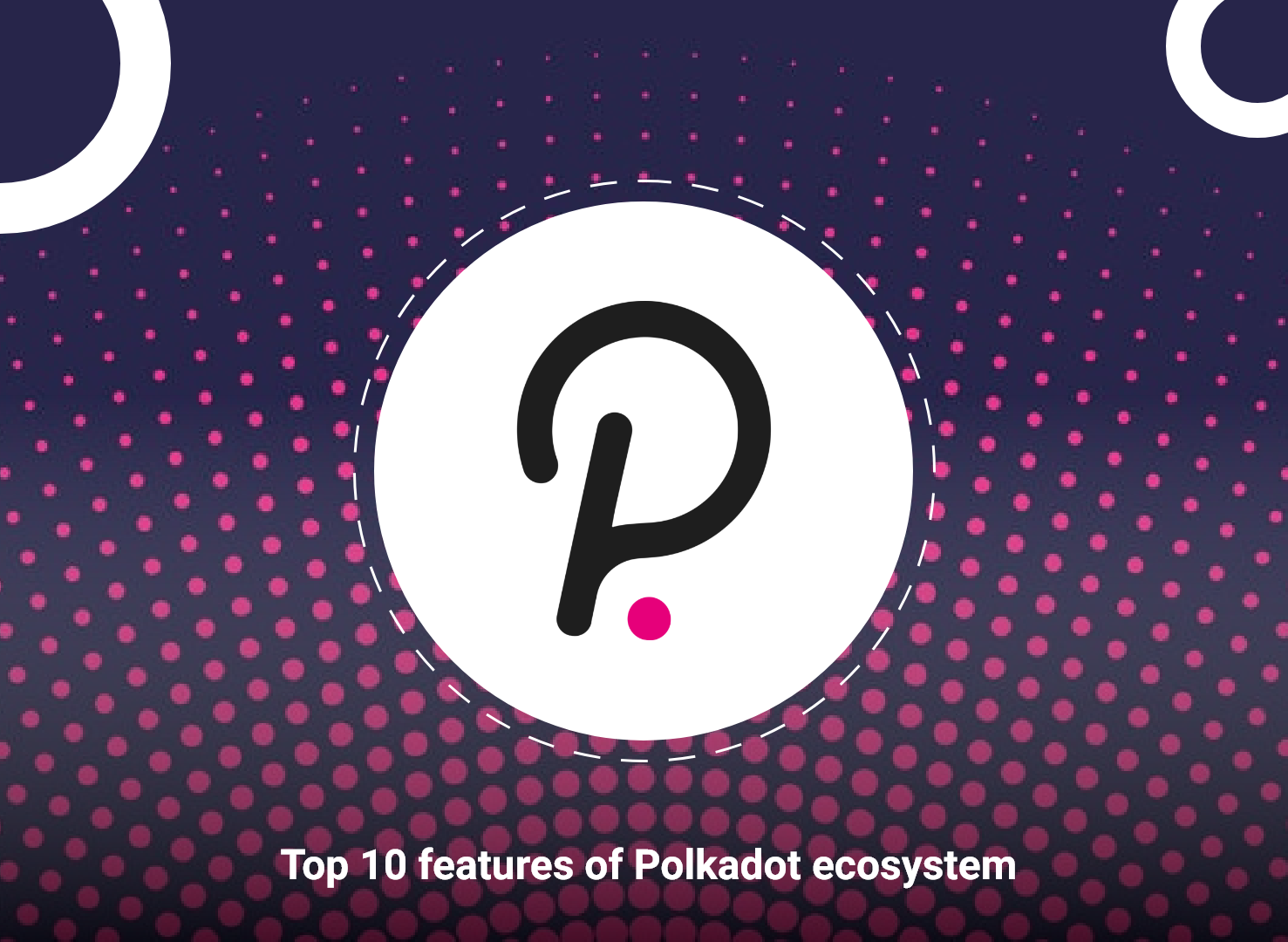 Polkadot, which only began a year ago in May, is already establishing itself as a next-generation blockchain in a blockchain industry dominated by Bitcoin and Ethereum.

Polkadot's ascent has been meteoric in the present universe of over 4,000 cryptocurrencies. Within a few months of its inception, Polkadot's native token, DOT, became a top ten cryptocurrency.

Let’s discuss each one of them in detail!

Polkadot is a cutting-edge blockchain platform that combines multiple specialized blockchains into a common node. Polkadot builds on the revolutionary promise of previous blockchain networks while also providing some basic benefits as part of a wider vision for a web that gives people control over internet monopolies.

How Was Polkadot Formed?

Polkadot started with a white paper written by Wood in 2016. During his time at the Ethereum Foundation, Wood, a former CTO, is said to have designed Ethereum's Solidity programming language.

In 2015, while working closely with Ethereum co-founder Vitalik Buterin, Wood was said to be disappointed when the intended start date for Ethereum 2.0 development was pushed back.

In 2016, Wood departed Ethereum to work on a sharded version of the blockchain. After that, he founded the Web3 Foundation, which focuses on decentralized technology research and development, including Polkadot.

10 Features of Polkadot You Must Know About

Here are the top 10 features of Polkadot you must know about;

Polkadot can accomplish this feat by utilizing the relay chain and parachain concepts. The relay chain serves as a hub that connects the various chains (or network systems), while the connected networks are referred to as parachains.

The web's future depends on communication between all of its ecosystems. The only way to optimize the network effect and accelerate widespread acceptance is to do so.

Interoperability is achieved in two ways by Polkadot:

Polkadot is a sharded multichain network that can process many transactions on multiple chains simultaneously, avoiding the problems that plague older networks that process transactions sequentially. This enhanced parallel processing capability dramatically enhances scalability, paving the way for further adoption and future expansion.

Because they function in parallel, the sharded chains that connect to the Polkadot relay chain are referred to as PARAchains.

Polkadot may improve the network without requiring forks. Furthermore, this upgrade is predicated on the outcomes of governance acts on a meta-protocol level.

So because the proposal is expressed in meta-protocol language, no one is accountable for starting the implementation. The code is deployed (or not, if the 'nays' have it) once the voting period has ended. Given my non-technical inclination, this fascinates me greatly. Forks are avoided in this fashion because there is a governing process that all DOT holders can agree on. Democracies operate similarly.

Polkadot is one of the first blockchain ecosystems that include a governance procedure. All DOT holders can vote for council members, referenda, upgrade requests, and other things on the polkadot.js dashboard. A couple of the proposals have already been put to a vote.

Community governance is critical since it aids in the achievement of Polkadot's next essential feature.

Another lesser-known feature of Polkadot, but one with far-reaching consequences for public and private key security on a variety of levels.

To begin, each Polkadot user must create a stash account. This account is the user's principal account and holds the majority of the user's DOT tokens. The user then establishes a controller account as a supplementary account to participate in staking, governance, and other common on-chain operations.

A substrate is also a toolkit that gives users access to a library of custom templates to make blockchain development easier. Its "Wasm" (WebAssembly) protocol enables developers to quickly create smart contract systems.

Since Polkadot uses a nominated-proof-of-stake system, shared security implies that all DOTs invested in the system are effectively backing all of the ecosystem's initiatives.

Since all projects on Polkadot are effectively pooling resources, the cost of robust security is reduced. For all parties concerned, this is a win-win situation.

Polkadot networks and apps can share information and functions just like mobile phones, without relying on centralized service providers with questionable data policies. The new-age blockchain system facilitates cross-chain communication that allows consumers to transmit information between chains and opens the door to innovative new services.

Polkadot's nominated proof-of-stake algorithm employs a more current consensus procedure. This is done to ensure that the network's shared security is maximized and that no one parachain is corruptible. Those staking DOT tokens can nominate validators they believe will best serve and secure the network through nominated proof of stake. In contrast to the similar delegated-proof-of-stake system, NPoS allows nominators to lose their stake if they nominate a bad actor.

What’s the Future Hold for Polkadot?

Polkadot appears to be on track to continue constructing a trustless blockchain network for authenticating data and value transactions as part of its pursuit for a decentralized internet.

The network released "bridges" earlier this month to connect external networks to its ecosystem. Through an interoperable rule, bridges aim to enable a quick and secure movement of values and data.

If you want to implement Polkadot to build the app-related blockchain, leave everything to us!

Node Vs python: which is th...Key Role of Cryptocurrency ...