Why angular.js is a great choice for single page application design? 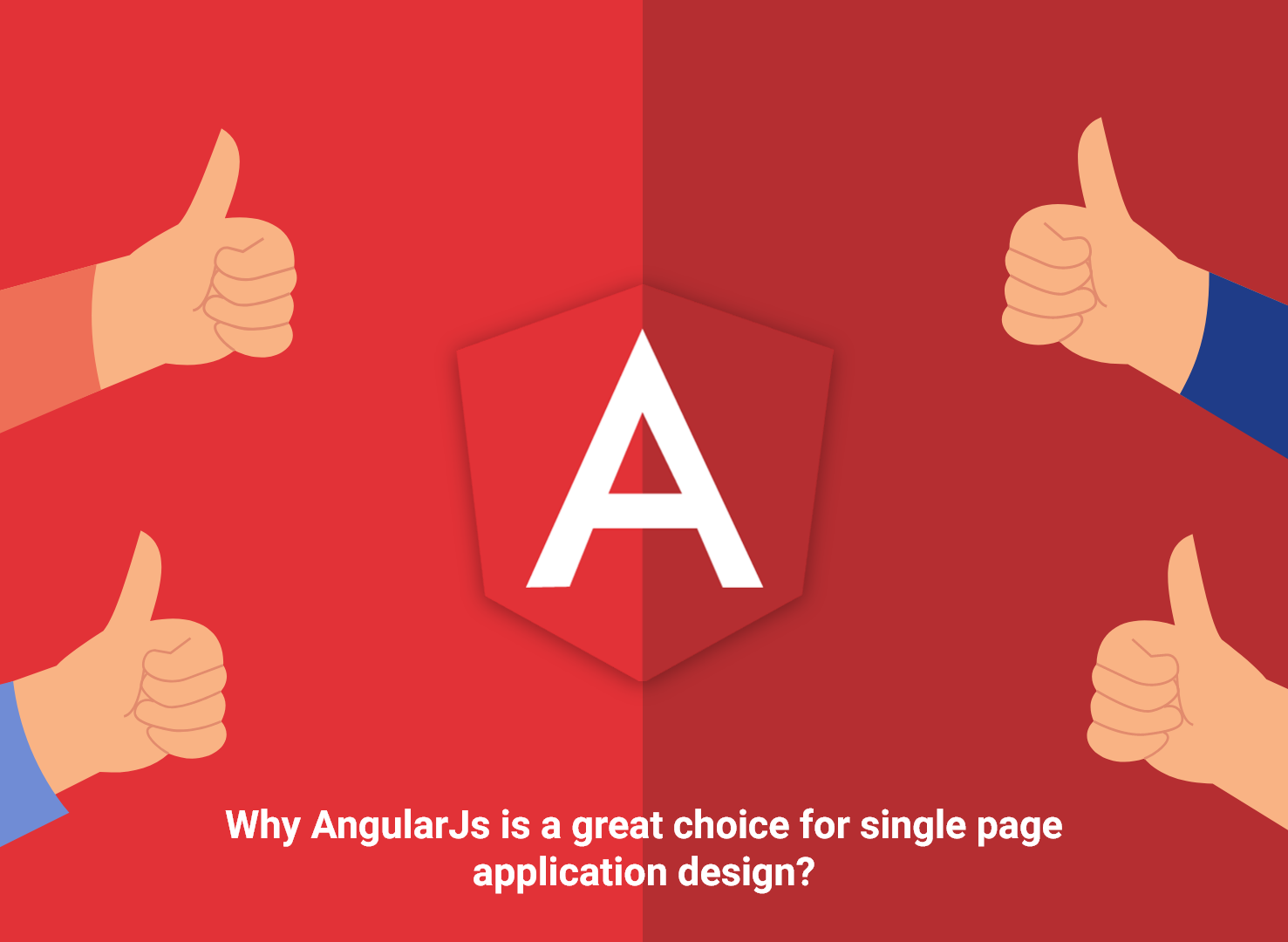 How frequently do you encounter a frustrating wait while navigating an online app? Do you constantly stare at the screen and wait for a page to load?

If you are facing this issue, you must not overlook the importance of a single-page application design with angular.js development.

According to Amazon, every 100-millisecond improvement in page loading time generates a 1% increase in income.

But is it enough to choose Angular.js?

Well, let’s find out the reason behind the popularity of Angular.js for a single-page application design.

HTML, CSS, and jQuery all have significant functionality in AngularJS. Google and its community maintain this open-source framework, which is ideal for client-side technology. AngularJS uses derivatives to take HTML elements from their dynamic state and make them more expressive.

But if you don’t have time or relevant experience, choosing the right angular.js development company may eliminate the requirement for a round trip around the server to receive updated HTML presentation content, despite being open-source.

Google created and currently manages the Angular framework. As a result, when compared to other frameworks, it has a high level of credibility, which has influenced some developers to choose Angular over other solutions. As a result, Angular has a sizable community of competent developers capable of making enhancements to the framework.

AngularJS includes a sophisticated testing capability that allows you to thoroughly test your Single Page Application. When someone saves, the framework aids in determining whether or not something has been broken. In addition, the Protractor speeds up and stabilizes your scenario tests. When you choose the best angular.js development company, you can witness unprecedented growth.

A SPA may be developed and tested quickly with AngularJs app development. It not only properly manages a project's initial structure, but also allows developers to add transitions and animations at any point during the development process, resulting in a sophisticated online application. AngularJS is preferred by JavaScript developers that want to construct user-friendly applications in less time.

Dependencies show you how different types of components are linked together. It also demonstrates how a modification in one area of the code can have a significant influence on other portions. The dependency injection functionality helps you save time and effort by making the code more maintainable and readable.

The seamless coupling that allows for maximal code transport during front-end development, where data is transformed to DOM and vice versa, aids in the creation of the required user interface. A Single Page Application's developers can not only view, control, and manage data, but they can also isolate the code from the controller to achieve the desired UI impact. Because of its seamless compatibility, angular.js development services are a popular choice for developing client-side applications.

The AngularJS framework has a variety of features and settings that make developing single-page applications much easier and faster. When working with Angular, developers will be able to simply establish and administer online forums on web pages. It's also simple to change the behavior of HTML components within the interface.

Additionally, Angular provides the ability for developers to define a collection of confirmations. Error messages can be displayed in separate fields or elsewhere on the form. Because of the framework's strong features, you must choose a dedicated angular.js company to create single-page applications.

One of the most appealing aspects of the Angular framework is that it uses the MVC architecture to create dynamic and powerful web apps. Model View Controller, or MVC, is a popular software design pattern that is often used in web app development. As the name implies, MVC is made up of three parts: Model, View, and Controller.

The model is responsible for handling the application's data as well as responding to controller instructions and requests from the view. The second component, View, is in charge of showing the complete data set or a subset of it. Finally, the Controller serves as a connector between the View and the Modal.

Ivy Renderer is another amazing feature offered with the Angular JavaScript framework. This fantastic tool or feature does the important task of transforming an app's templates and components into simple JS code. With the use of an internet browser, the translated code can be simply viewed.

The tree shaking approach is one of Ivy Renderer's distinguishing features. The term "tree shaking" refers to the process of removing dead or undesired code. This will significantly speed up the loading of your Angular web application.

AngularJS uses Angular Routes to define a web page application's layout and navigation. Single-page applications are becoming increasingly popular as a way to simulate the experience of using a smartphone app. AngularJS' routing capabilities aid in the creation of a customized template and controller that allows users to view all portions of an application on a single page.

Using the introduction of AngularJS, developers can now quickly create dynamic apps and users with elements, dynamic forms, and more. Google's developers are still working on Angular and are always striving to enhance it.

If you're a startup or a small business wanting to construct a Single Page Application with the AngularJS framework, simply choose W3Villa technologies, a trusted and experienced AngularJS development company that can understand your objectives and deliver a faultless SPA that will propel your business forward.