Why Rust Language is the Next Big Thing in 2021? 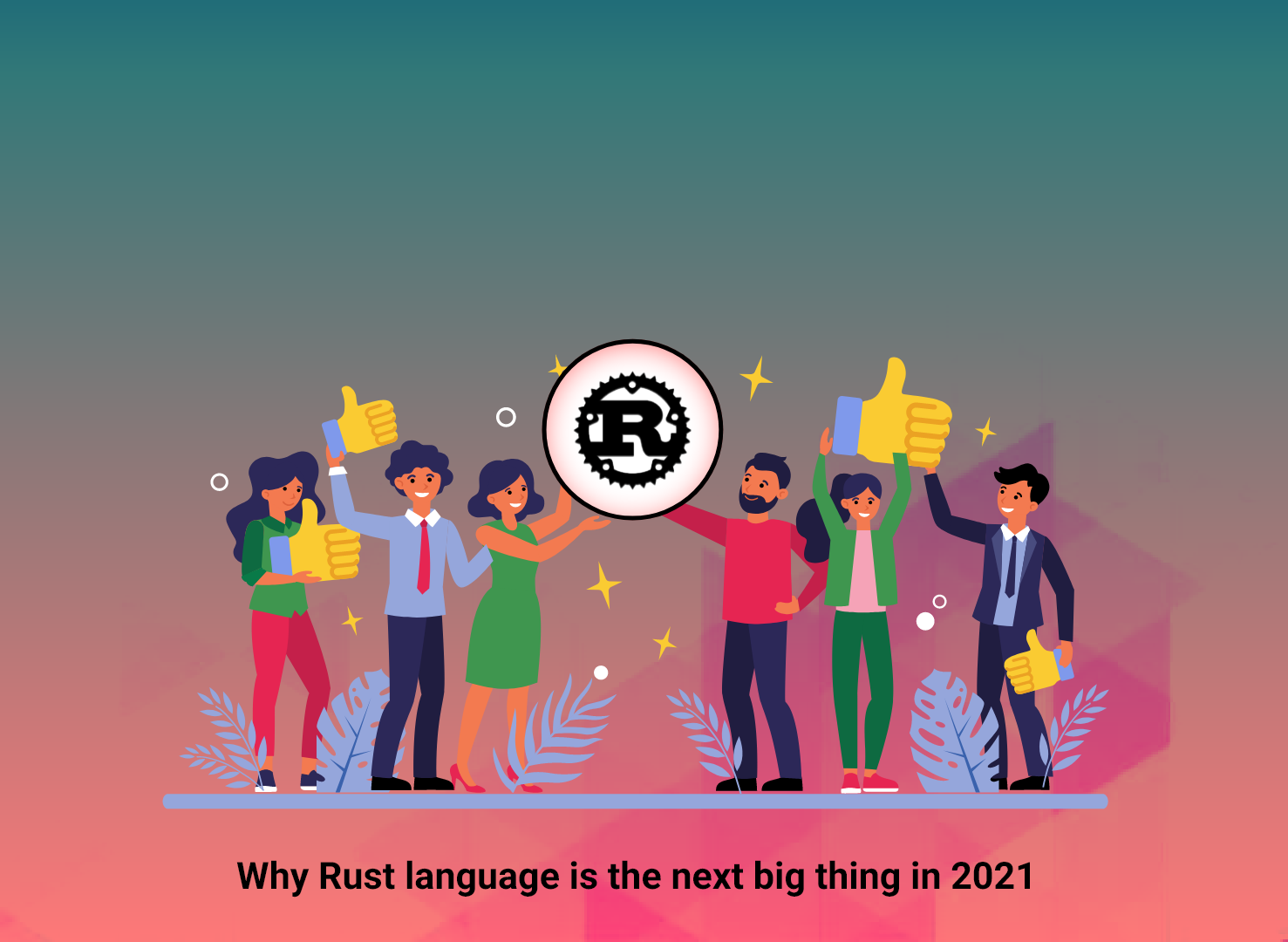 Rust is a multi-paradigm, rising, general-purpose programming language that was developed to provide high performance similar to C and C++ while prioritising code safety, which is the Achilles heel of the other two languages.

Facebook has also strengthened its ties with Rust by becoming a member of the Rust Foundation, which was founded in 2021 to make Rust "a mainstream language of choice for systems programming and beyond."

Rust is now employed by well-known software heavyweights such as Firefox, Dropbox, and Cloudflare, and many firms, from startups to huge enterprises, are utilising it in production.

Here’s the list of features of the Rust programming language;

Rust provides functionality that allows a copy operation to be replaced by a move operation when the source object is a temporary object.

The feature of 'Efficient C bindings' in Rust means that the Rust language can communicate with the C language in the same way that it communicates with itself. Rust has a 'foreign function interface' for dealing with C APIs, as well as a memory-safe ownership structure.

In Rust, a user can add abstractions to their code without hurting its runtime performance. It increases the clarity and quality of the code without sacrificing runtime efficiency.

Rust uses the concept of ownership to ensure memory safety. The compromise between C's memory control and Java's garbage collection is ownership. In Rust applications, variables have their own memory space, which is temporarily borrowed by other variables. Rust may now provide memory safety without having to rely on the garbage collector at compile time.

Use 1#: Use for embedded programming because of its low overhead.

With embedded systems, which are typically found in machines and home appliances, limited resources are the norm. This is why current programming languages with little overhead, such as Rust, are required for embedded devices.

In an embedded system, Rust is a resource-efficient and in-demand feature. It enables programmers to detect bugs early on, preventing future device malfunctions.

Use 2# Use for Superior Performance

Rust's performance is comparable to C++, and it easily outperforms languages like Python.

Rust's rapid speeds are due to the lack of garbage collection. Rust, unlike many other languages, does not have runtime checking, and the compiler catches any incorrect code right away. This stops erroneous code from spreading throughout the system and wreaking havoc.

Use 3# Rust's Static Typing Makes it Simple to Maintain.

Rust is a language that is statically typed. All types are known at compile-time while programming in Rust. Rust is also a strongly typed language, which makes it more difficult to develop the wrong programmes. Rust also encourages long-term maintainability by not requiring you to repeat the type of variable many times.