10 Mistakes To Avoid When Developing Apps On Ruby On Rails 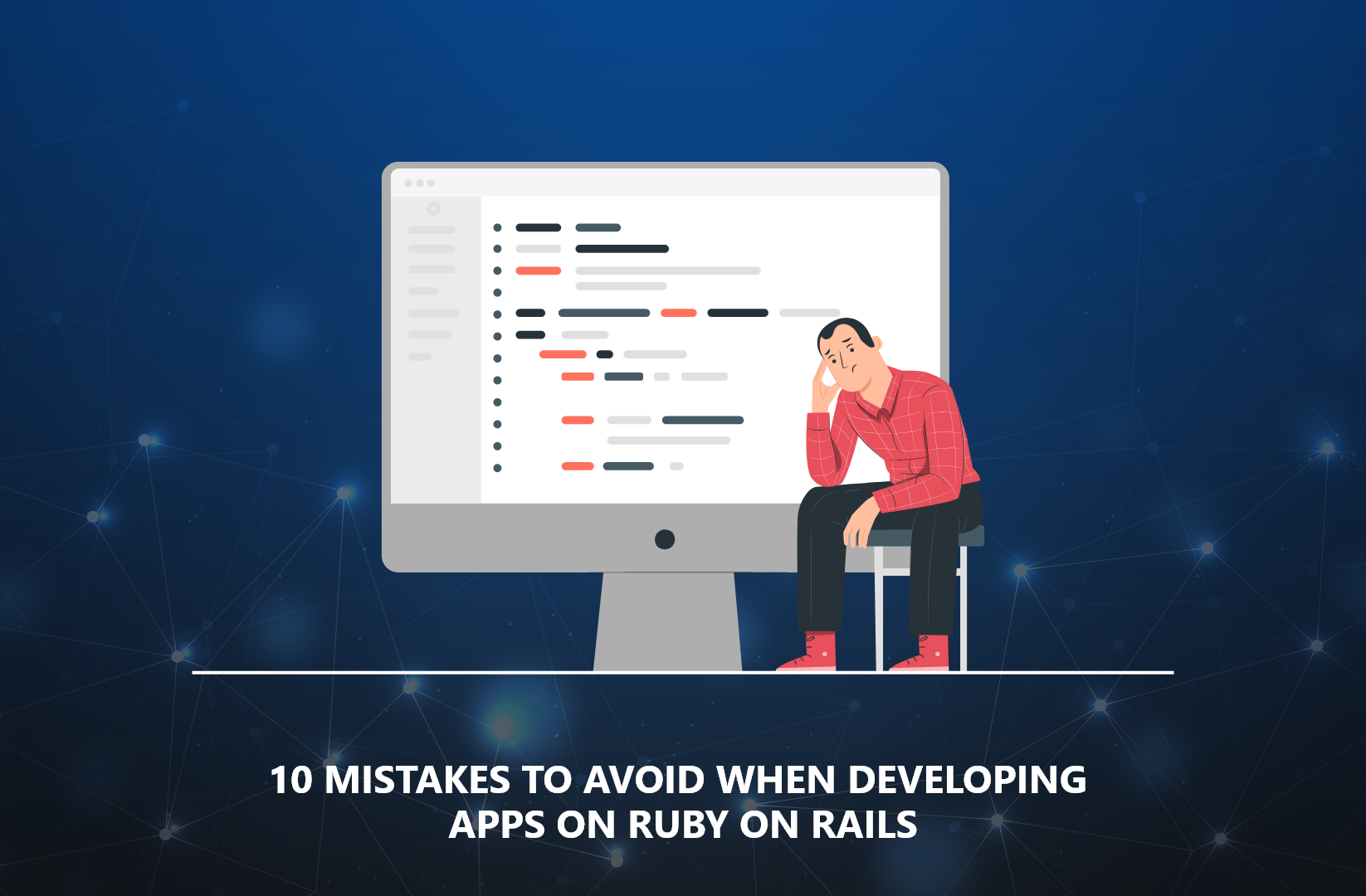 It's not easy to pick the right technology for your startup. We'd like to congratulate you on your decision to use Ruby on Rails development services. You've made the best decision!

Ruby on Rails is a robust web development framework that enables the creation of scalable, enterprise-ready apps with full front-end support. Ruby on Rails' simplest features, such as Convention Over Configuration and the MVC design, make it dependable for highly functional apps.

RubyGems are popular among Rails developers because they cut development time and eliminate the need for extra code. They follow industry best practices and create quick MVPs, giving businesses more time to advertise their goods.

Ruby and Rails solutions are backed up by a plethora of gems that collectively provide just about any feature a developer might want. This is wonderful for quickly constructing a sophisticated application, but there are a lot of bloated apps out there with a disproportionately large amount of gems compared to the functionality supplied.

This generates a slew of Rails issues. Excessive gem usage increases the size of a Rails process beyond what is required. This can cause output to slow down. This might result in the requirement for larger server memory configurations and higher operational expenses, in addition to user annoyance.

Mistake #2: Use of the Predicate Method in an Inappropriate Way

Any method that ends with a question mark (?) should return a true value as a predicate method.

It's critical to understand the main function of a predicate method before you start writing one.

It should be named after the action it does, not the other way around.

RoR developers are fortunate in that they have access to a wide number of gems to help with development. However, some developers overuse gems in their applications to the point where the use of gems is more important than the app's functionality. The biggest difficulty with using Gems excessively is that the size of your web app grows, which decreases the app's performance.

It also necessitates additional memory configurations as well as higher optimization expenses. As a result, your rails app takes longer to start, which cuts down on development time. Also, each gem you add adds a dependency on another gem. As a result, you increase the number of dependents in your programme, which causes lags. This is called the compounding effect.

If you’re facing difficulties in implementing RoR, you can then choose a leading Ruby on Rails development company to do it for you!

It's simple to incorporate APIs into Rails apps using third-party suppliers, although it can be slow at times. Instead of calling services from your Rails application, shift some code to the background job to avoid call blockage.

The two most popular Rubygems for application development for this purpose is Delayed Job and Sidekiq.

When a new user opens an account and supplies their phone number, for example, your app may employ a third-party provider to verify the multi-factor confirmation code.

Common Mistake #5: There are no automated tests available.

Ruby on Rails is a strong web application framework that comes with built-in automated testing. Rails engineers build actual tests in a variety of approaches, including BDD and TDD, to make the test frameworks even more powerful.

There are several discussions over how thorough your testing should be, which highlights the need for automated testing for every application.

At least one high-level integration test built for your controllers to change and modify the code of your Ruby on Rails service version with a clear definition of the Ruby application's whole collection of capabilities is required in your application.

External services, such as Google Calendar and AWS, may be used in Rails apps, and their API keys may be stored in credentials.

When accessing the storage becomes simple for all users of your application, the repository files can be checked into the source code with the rest of your program.

The database migration mechanism in Ruby on Rails services allows you to define instructions for adding and removing database tables and records automatically. Because the files containing these migrations are labelled sequentially, you can play them back from the beginning to bring an empty database up to production standards. As a result, this is a fantastic approach to handle granular modifications to your application's database schema while also avoiding Rails issues.

Common Mistake #8: Ignoring your log files is a bad idea.

While most Rails developers are aware of the default log files that are available throughout development and production, they often overlook the information included in those files. While many apps rely on log monitoring solutions in production, it's critical to keep a check on your log files during the development and testing stages.

Common Mistake #9: You're not utilizing the right rails application for your needs-

A classic Ruby on Rails service application is still used by the majority of web services apps. Why? What's the point of using old Rials when you have all the new ones? API mode, which is completely dedicated to building Rails API, was introduced in new versions of Rails.

It runs the unused and unnecessary middleware, such as views, assets, and so on. Instead of loading superfluous code libraries, it begins the program with some necessary middleware. As a result, before you begin developing your app, consider what it will be used for. If you want to create a web application, go with the typical rails web application. If you're solely building APIs, though, API mode is the way to go.

To make your life easier, the Rails architecture offers a set of naming standards. When you work with Active Record models, they frequently do database Read and Write actions. But do you understand how this exchange takes place?

It works by mapping the table and doing the remaining operations for your query based on the ActiveRecord Model name.

Rails is a robust framework for quick application development. To guarantee that their programs are easily expandable and maintained as they grow, developers should pay attention to potential design and coding flaws. You must be aware of these challenges to create applications that are trustworthy and secure.

When & Why Should You Choose Node.Js Development? A Comprehensive Guide

The success of a business depends on finding the appropriate tool, structure, and technology to build an application or any other IT-enabled soluti...
Read More