Everything You Know About the Latest Nodejs 16 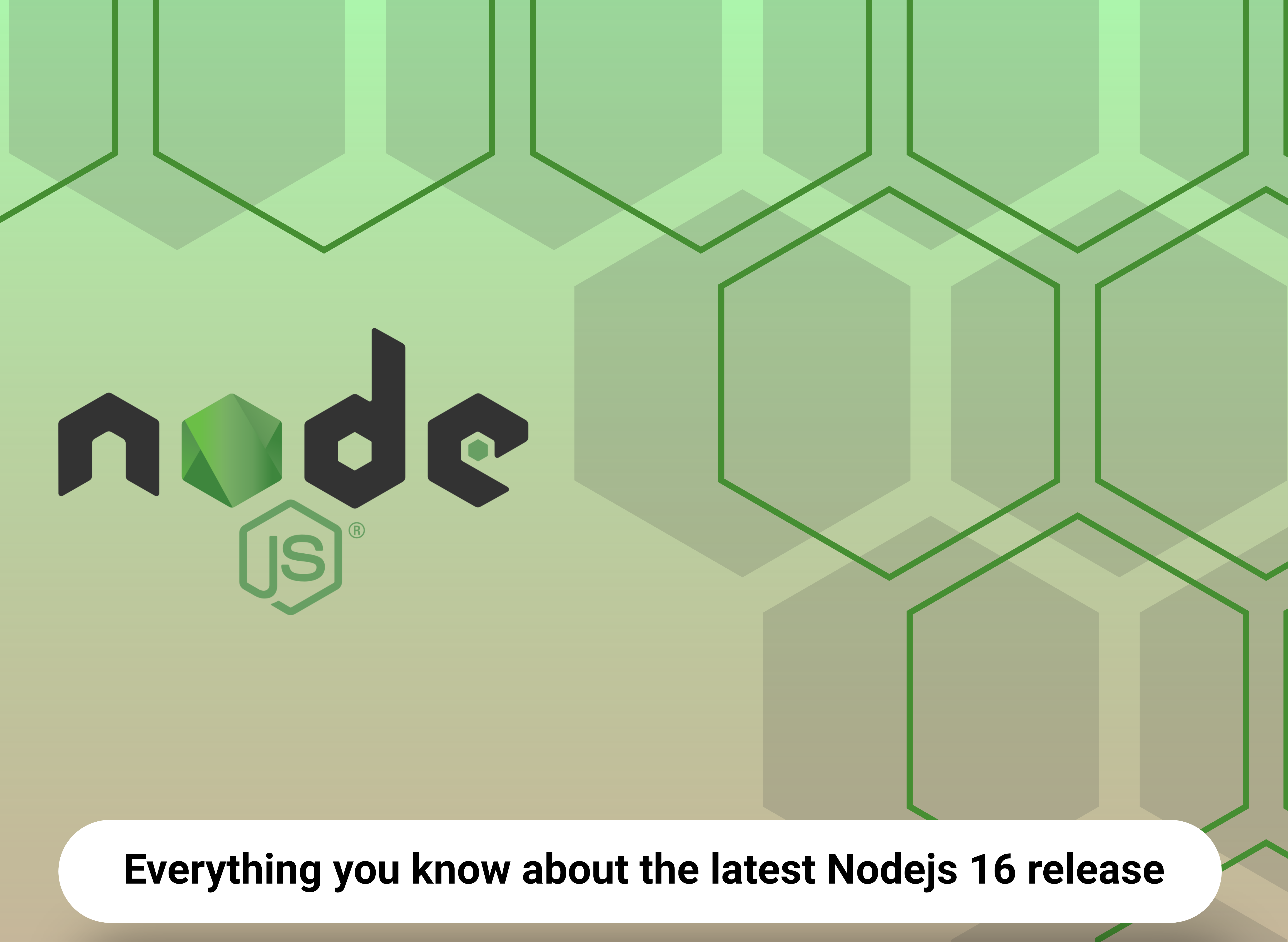 For anyone who has been excitedly anticipating the release of your favourite framework update, your wait is now over! Node.js v16 development service is now available, and the greatest thing is that it will be supported for a long time.

Let’s talk about Node Js in a detailed manner!

Node v16.0.0 is the most recent major release, and this version will shortly be upgraded to LTS status. According to the official Node documentation, every Node.js release is operational for 6 months in its existing condition. If the release is an odd number (V9, V11, etc.), it becomes unsupported, and if it is an even number (V14, V16, etc.), it enters active LTS mode. The LTS status guarantees that critical issues will be fixed in 30 months.

With Node.js 16, version 9 of the V8 JavaScript Engine is launched. V8.6 has been replaced by this version in Node.js 15. Between two successive editions, V8 has delivered a multitude of new and innovative features, as well as excellent performance improvements.

As you may know, the V8 JavaScript engine is a runtime environment for executing JavaScript code. Because the V8 allows JavaScript to operate across several platforms, developers don't have to worry about their code working and functioning on Windows, Linux, or macOS. V8, on the other hand, relies on the Node community to manage, monitor, and optimize V8 for a variety of hardware configurations and operating systems built in C++.

The super property is another great way to improve performance. You can utilize the JavaScript capability to get access to the class's parent that employs inheritance. Users can quickly execute orders thanks to the super property of V8 v9 shipping improvements. This optimization is currently available to all Node.js users.

The least supported levels for the tools and platforms required to develop Node.js have been upgraded, as has been the case with most recent releases. Here are some examples of how to update or alter the minimum support.

Another interesting development is the work being done to add compatibility for Apple's latest M1 architecture. This is a brand-new feature in version 16. It's a collection of builds for all of Apple Silicon's processors. This is expected to increase the performance of the new Mac hardware in the long run.

As a solution, rather than utilizing the Rosetta emulation layer, Node.js solutions will run natively on the Apple M1. Developers are busy configuring or installing M1 workstations to test or produce natively run and collate binaries for M1. In addition, Node.js 16 is the first version to support M1 natively.

The use cases provided to the team through real-world use produce the add-ons in every release of NODE-API.

Problem determination and observability are two key areas to concentrate on when supporting clients in detecting and controlling production difficulties.

Furthermore, when compared to the basic Async Hooks, the AsyncLocalStorage API concept proves to be much easier, more dependable, and faster to turn stable.

While a solid AsyncLocalStorage API for the 16 releases has yet to be established, it is impressive that the Node.js developers are still working on it.

Offering an inbuilt set of APIs used by various packages such as OpenTelemetry to aid the tracing component of Observability in Node.js apps is a significant step forward.

If you are looking to implement the feature in your app, simply choose a leading Nodejs development company with enough expertise.

Due to the obvious nature of these release processes, completely new features are added to the "current" version line every 2 weeks or so. This is a major cause for many recent additions that have been made and are included in the latest Node.js 15 releases. They are, however, new to the runtime. Because Node.js 16 is now accessible, there are a few newly released features in Node v15 that will be available in Node v16 as well. These include the following:

If you want to maintain your Node.js application up to date with the latest Node 16 release, choose a leading node.js development company and hire a Node.js developer for your next development project.