Everything You Need to Know About Rails 7.0 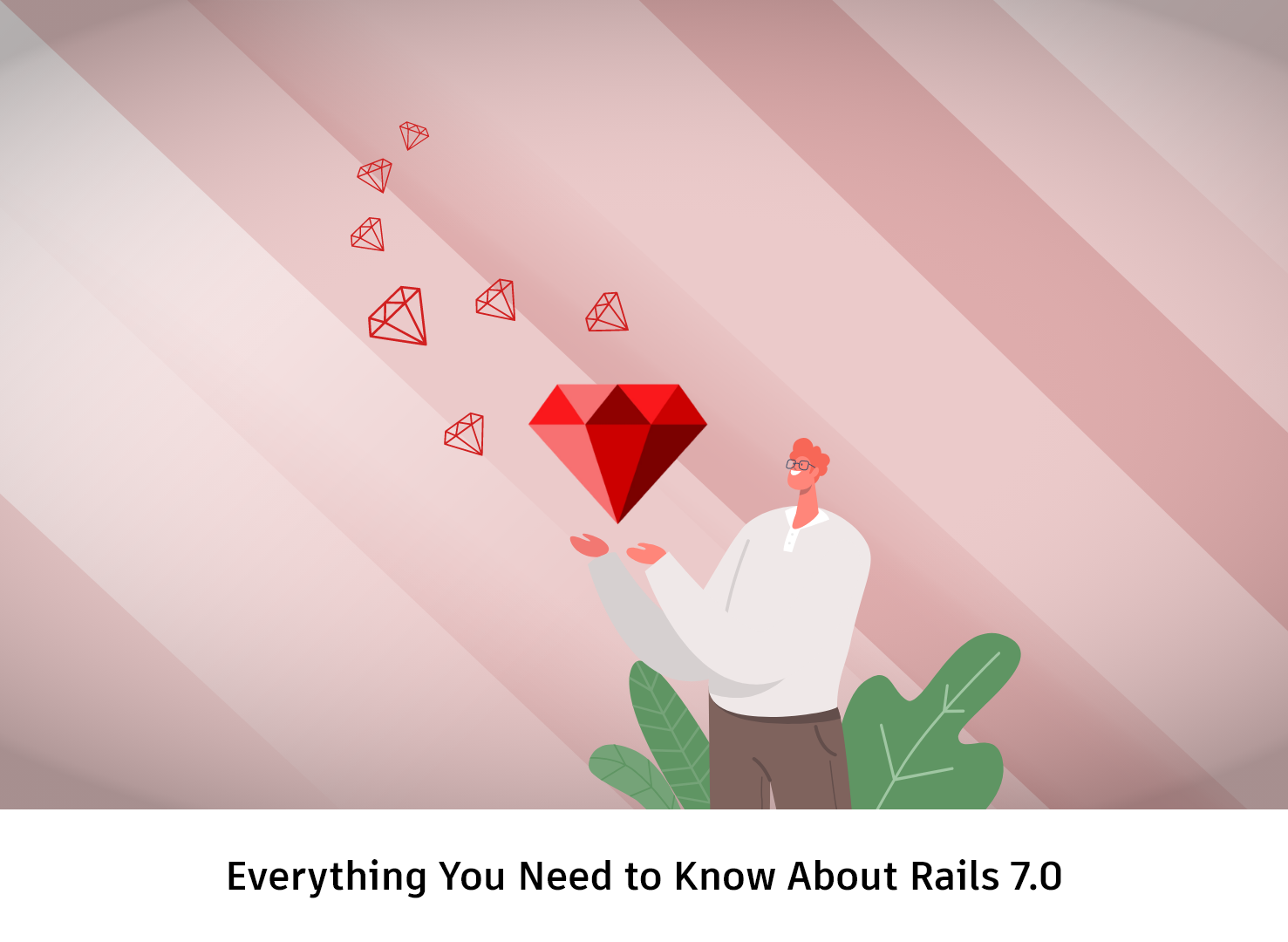 Since its inception, Ruby on Rails development services have been unabashedly full stack. From communicating with a database to sending and receiving emails, connecting web sockets, displaying HTML, and integrating with JavaScript, there's a lot to learn. This full-stack strategy has been critical to Rails' success, but it has also been a source of contention.

There's really no surprise that Ruby on Rails devotees are looking forward to the release of Rails 7, which will include a slew of new features and enhancements. Hotwire is one of the most notable new features in Rails 7, since it allows you to create modern and dynamic web applications without having to write any JavaScript. In addition, the ActiveRecord, ActiveJob, ActiveStorage, and other changelogs have been updated.

Features of Ruby on Rails 7

The following is a quick rundown of the most important features of Ruby on Rails development services 7.0 that are relevant to our day-to-day work.

With Webpack, the default skeleton of Rails shouldn't require the entire JavaScript toolchain. With an import mapping Hotwire, we can simply go from Hotwire to Webpack if necessary. For those who know they'll require the entire JS chain, the webpack option will remain available (like when using React).

Jobs can be declared and run asynchronously on queuing backends using Rails' Active Job framework. Background jobs might fail for a variety of reasons, including erroneous logic, database difficulties, network issues, or queue malfunctions. By supplying the a:unlimited option to a background job in Rails 7, developers can define an unbounded runtime for the job. This functionality can be used by developers who are confident that the job failure will be handled later.

The ActiveStorage platform provides a simple-to-use set of storage and media management features. One of its primary characteristics is preview generation. When Poppler can't generate previews, it creates files with 0 bytes. If any activities, such as resizing, are undertaken on these files, they may exhibit a wide range of unanticipated faults. When a previewer child process exits with a non-0 status code, Rails 7 throws a new exception called PreviewError. Instead of dealing with unpleasant surprises later on, the developer may plan for preview problems right at the source.

If you are new to Rails and want to implement it in your business, simply choose the best Ruby on Rails development company!

There are 63 modules in the ActiveRecord::Base.logger inheritance tree. Because it is implemented as a mattr_accessor rather than a class variable, it cannot benefit from the performance enhancements introduced by the newest Ruby. This is almost 7 times faster with class attribute:logger! This is a wonderful example of a real-world Rails application that has been upgraded.

It's one of the most talked-about features of Rails 7, and it's without a doubt the most important element of the new version, given how well it's received attention from both the Rails and non-Rails programming communities. DHH, the creator of Ruby on Rails and the founder and CTO of Basecamp, tweeted a full Alpha Preview video of Rails 7 on August 16, 2021. There are several other enhancements from previous versions in addition to these.

What is the future of Ruby on Rails?

It should come as no surprise that the internet is brimming with new frameworks. In today's world, Ruby on Rails is dwindling in popularity and importance. Among the key causes, the most common complaint is that Ruby is outdated and lacks capabilities that developers require in today's environment.

For Ruby on Rails to maintain its position on the popularity lists of programming languages/frameworks, the Ruby on Rails community of developers must ensure that future versions of the framework evolve with the times.

Want to get your hands on Ruby on Rails 7.0? If so, your search ends here!