Five Facts That Nobody Would Tell You About Ruby on Rails 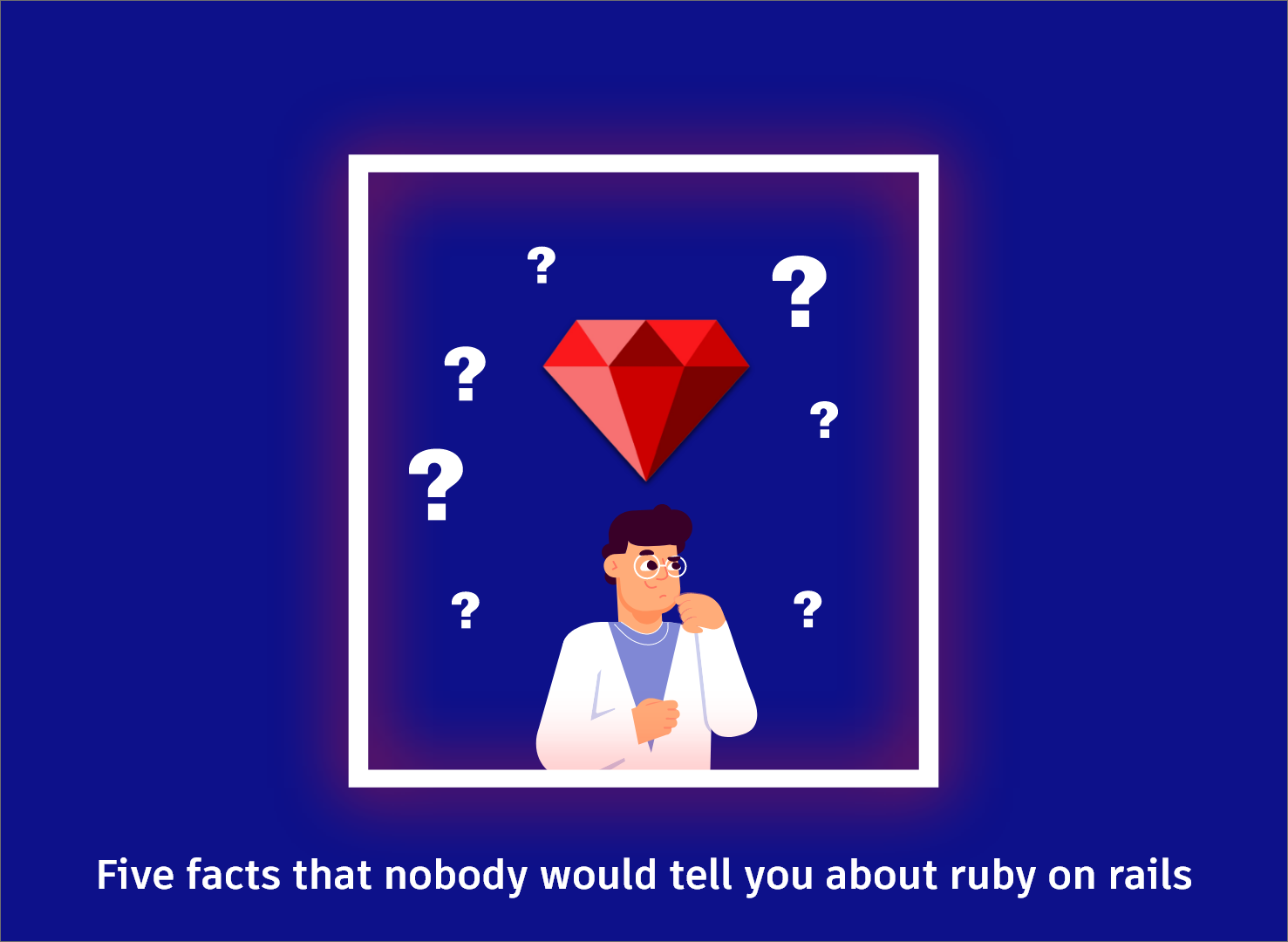 Ruby on Rails (sometimes RoR) is one of the most popular open-source web application frameworks that has been gaining significant traction.

Opting for Ruby On Rails development service may help you construct apps of all types, from simple to complicated, and there are no limits to what you can do with it!

What Does Ruby on Rails Mean?

Ruby on Rails is a popular framework for writing applications. It is technically defined as a RubyGem package library that is installed via the operating system's command-line interface. Ruby on Rails is an open-source web development framework that gives Ruby programmers a faster way to write code. It's a collection of code libraries that provide a ready-to-use solution for common website chores like creating tables, forms, and menus.

Interesting Facts You Must Know About Ruby on Rails

Here are certain facts and norms that you may follow to make your Ruby code shorter and easier to understand for individuals who have just begun using Ruby On Rails development service and for those who are already into it.

When compared to methodologies and frameworks, the time it takes to construct an application is quite short. Yes, Ruby is conceivable since it requires less coding and has a welcoming tone. As a result, developers will be able to complete the application in no time. Ruby on Rails was used to create a popular application like Twitter (ROR).

Ruby on Rails is a user-friendly program for developers. When compared to other applications, Ruby's versatility in writing languages is significantly easier. Ruby on Rails is a framework rather than a programming language. This provides all the basic techniques to interact with the framework design when constructing a website. Ruby on Rails, like other frameworks, uses the Model-View-Controller model.

Is this a difficult concept to grasp? How is it going to figure this out?

This is a question that may come up for you. The solution to your query, on the other hand, is straightforward. This application is user-friendly for beginners and includes a learning guide. Ruby is a computer language that is easier to learn than other languages. It translates programming and relieves you of high-pressure situations in programming languages.

Beginners will find this program to be similar to a baby walker. As a result, using Ruby is more like riding an escalator than a milestone.

The popularity of Ruby on Rails is growing by the day. Its popularity stems from its pleasant tone. The frameworks are more recognizable to e-commerce and startups. This makes it very simple for the developers to design the application. In Ruby, everything is an Object. It's free and gets the job done quickly.

If you want to create a site using ROR, simply choose the best Ruby on Rails development company to do it for you!

Ruby-on-Rails has a unique functionality that none of the other languages has. Both the front end and the back end are included. When you feel like you've mastered Ruby-on-Rails, you'll almost certainly have a working knowledge of JavaScript, CSS, and HTML as well.

When it comes to building a conventional website, there are numerous open sources available nowadays. You can employ W3Villa if you're still having trouble constructing a website with Ruby on Rails.

W3Villa is a prominent ROR development company that uses Ruby on Rails' simplicity to create dynamic, secure, and profitable websites and mobile apps for your organization without breaking the bank.