Flutter vs Xamarin: which is best for Hybrid mobile applications 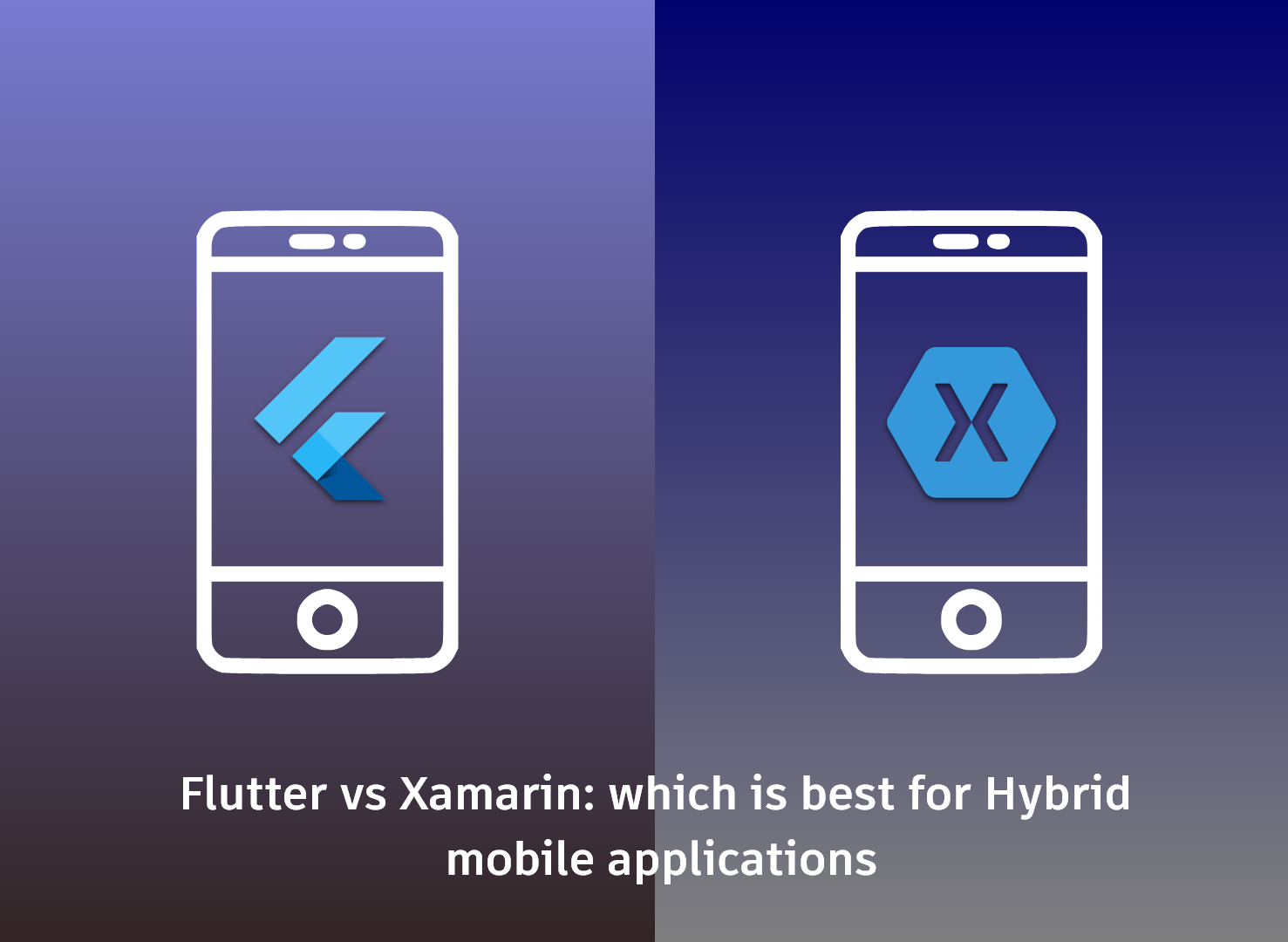 Both Flutter and Xamarin are cross-platform mobile app development frameworks that allow you to create apps with a single code base. We now have the opportunity to work with a variety of cross-platform frameworks, such as Xamarin and Flutter. It is easy for developers and entrepreneurs to choose the greatest fit for their projects by comparing their disadvantages, strengths, and features.

Let’s understand each in detail!

Xamarin is a popular cross-platform development framework that allows developers to create programmes that look and behave like native apps. Xamarin founded in 2011 and purchased by Microsoft in 2016.

To create mobile apps for diverse platforms and purposes, Xamarin uses a single programming language, C#, and the.NET framework. It also employs XAML, a markup and data binding language for mobile applications. Xamarin serves as an abstraction layer that allows shared code to be communicated between platforms.

Here are the benefits of choosing this framework for the best hybrid mobile app development.

Xamarin just introduced hot reload, which allows you to see changes to your source code in real-time, although it was not included in the initial release. The addition of hot reload enhances and speeds up the developer experience, allowing you to spend more time fine-tuning the details of your Xamarin applications.

Xamarin provides an unrivalled ecosystem of mobile app development frameworks for creating a wide range of applications. With Microsoft Visual Studio and C#,.NET, and Xamarin, you'll be able to create fantastic cross-platform apps.

For standard interface components you can utilize the Xamarin.Forms API to reuse your code across platforms. You can use Xamarin if you need more precise customization. For more specialized, platform-specific designs, use iOS and Xamarin.Android.

In 2018, Google released Flutter, an open-source, cross-platform application and hybrid mobile app development framework that provides developers with a simple cross-platform programming interface while also improving user performance. On contemporary devices, Flutter has been known to attain truly native-like performance. It can also be used to publish web-based apps that are fast.

This is not just a big plus, but it's also a lot of fun to look at an almost similar image of the app on different devices.

Google Flutter vs. Xamarin has evolved in tandem with you. It adores and values a new product so much that it's hard to be concerned about the documentation's quality.

This opens up a lot of possibilities for reaching a big audience and creating suitable settings for users of various operating systems. It is built on the Dart programming language, which should be familiar to those who have worked with JavaScript and Group C.

The fact that Flutter is extremely fast is one of the main reasons for its popularity. You can make changes to your source code and see them on your test device in near-real time thanks to the hot reload feature. As a result, compared to other frameworks, the development process is much more aligned.

Quick Comparison Between Flutter and Xamarin

Flutter vs. Xamarin: What to Choose Between the Two?

Traditional mobile app development methods could be potentially daunting and expensive because apps used to be developed for each platform with different development teams. Cross-platform app development is a clever method of creating mobile apps that can run on multiple platforms.

Many developers believe that Xamarin is the ruler of the cross-platform market, but Flutter, with its clever flexibility, widget availability, and IDE capabilities, is likely to disrupt everything.

If you'd like to learn more about Xamarin and Flutter as frameworks for your applications, leave everything to W3Villa!

Please contact us at  and feel free to ask any questions you have.