Guide to Know the changing with Android 12 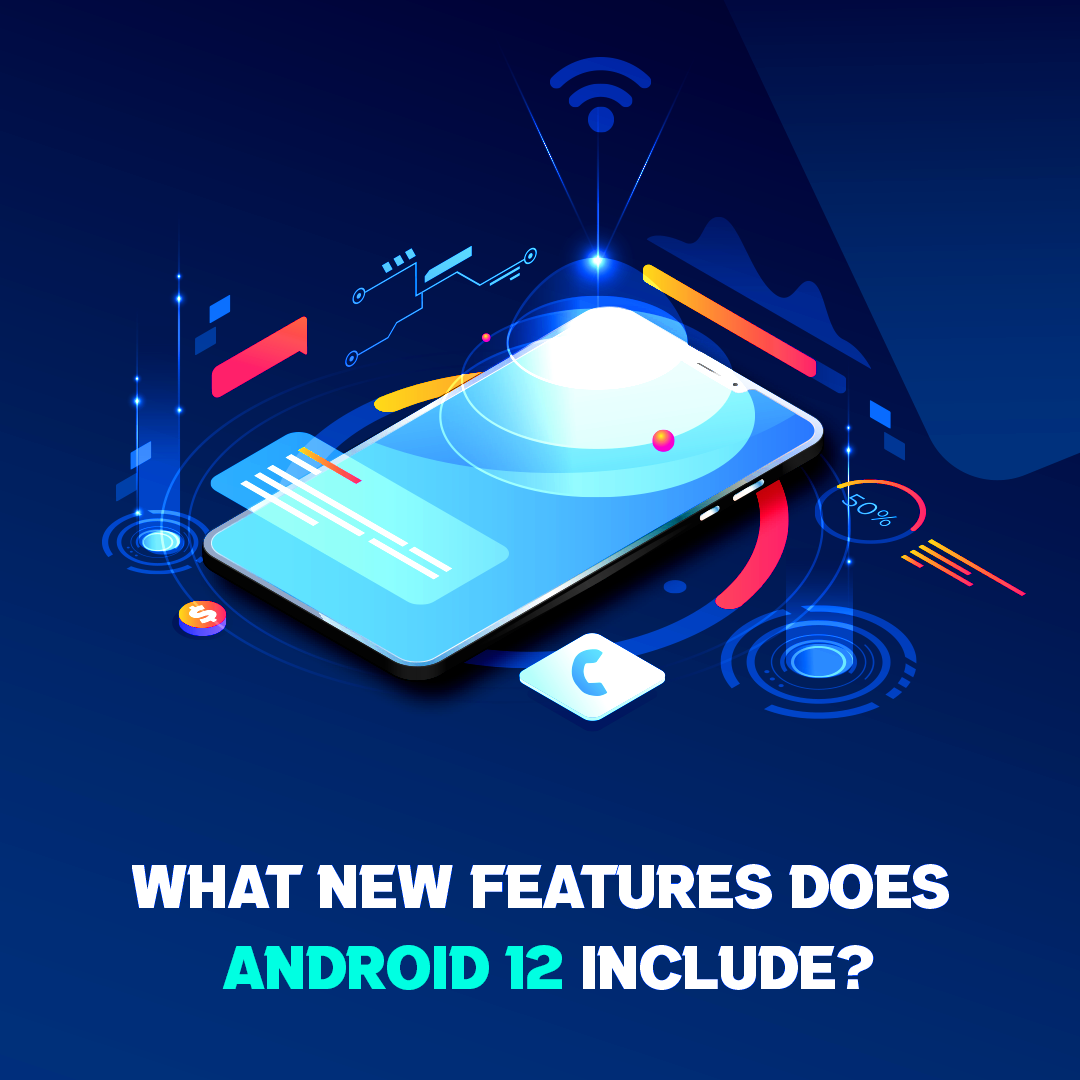 Android 12 is without a doubt the most significant update to Google's operating system in years, and now that the official release has arrived, more of you will be able to see all of the latest and greatest new features.

Google decided to rip up the script with the Android 12 development service, entirely reworking some of the visual aspects to make it look attractive to your on-screen gestures and button presses.

When will Android 12 be released?

On October 4, Google released Android 12 to the Android Open-Source Project (AOSP), with a consumer release on October 19 for all eligible Pixel devices, from Pixel 3 to 5a. It's also worth mentioning that the Pixel 3 and 3a will not receive Android 12 whereas the Pixel 4 and beyond will.

What new features does Android 12 include?

Depending on the phone you have, Android 12 will be different. Google is promoting its Material You redesign for its Pixel phones, while Samsung and Oppo are incorporating lighter versions of the same core concept into their operating systems. What is constant is that there are privacy enhancements here and there, including new toggles to turn off your microphone and camera when needed, a privacy dashboard to view which apps seek which permissions and a slew of under-the-hood tweaks to make your phone better overall.

The design revamp is by far the most significant change in Android 12 app development. Buttons are larger and bolder, everything has broad, rounded corners, and Google isn't as worried about taking up more screen real estate. It appears like Android 12 is more concerned with maximizing space rather than trying to cram more into it.

Everything is mostly the same, but the Settings menu options, Quick Settings panel, sliders, and other elements are all much bigger, bolder, and more colorful.

Google is implementing its most significant graphic redesign in the last seven years with Material You. While there were design modifications over time as Google improved the Android interface, the Material Design aesthetic remained the same. Material You, on the other hand, presents a new paradigm with vivid colors and aggressive styling, resulting in a completely different Android 12 - at least if you're using a Pixel.

Material You, according to Google, takes a "humanistic approach" to design that doesn't "avoid emotion," with designs for "every style, accessible for every need, alive and adaptable for every screen."

There are many different Android devices available. For app developers, this diversity means there's no easy way to predict what degree of performance a certain device will provide. This implies that app developers may not be able to tweak their apps to fit the expected level of device performance, such as turning off certain features for devices that aren't quite as good as flagships but aren't quite entry-level.

Android 12 app development introduces the concept of a "Performance Class" for devices, which defines a set of capabilities that go beyond Android's basic requirements. Devices that fulfill the performance class standards can handle more demanding use cases and deliver better content. At runtime, app developers can determine which performance class a device belongs to, and then modify the app to give an experience that maximizes the device's capabilities.

Google is bringing privacy and security front and center in Android 12 app development, and it's releasing a slew of new tools to protect your data. A new Privacy Dashboard has been added, as well as recording indicators for the camera and microphone, and Bluetooth scanning has been improved.

The Privacy Dashboard, like Digital Wellbeing, provides a complete report of all the apps that have accessed your location, microphone, camera, and other sensitive data. Alongside the dashboard, there's a recording indication that lights up whenever your camera or microphone is in use, so you'll know right away if an errant app is using the camera or mic in the background.

Android 12 is Google's most ambitious project ever, and it succeeds in delivering many crucial improvements. The Material You design and other updates would give a fresh spin on what had become a stale appearance, and the emphasis on personalization means you can now customize your phone to your liking.

Google is giving you powerful tools to change the appearance and feel of your phone right out of the box with Android 12.

If you are looking to develop your Android app development, contact us for your business requirements!