Node Vs python: which is the best framework in 2022? 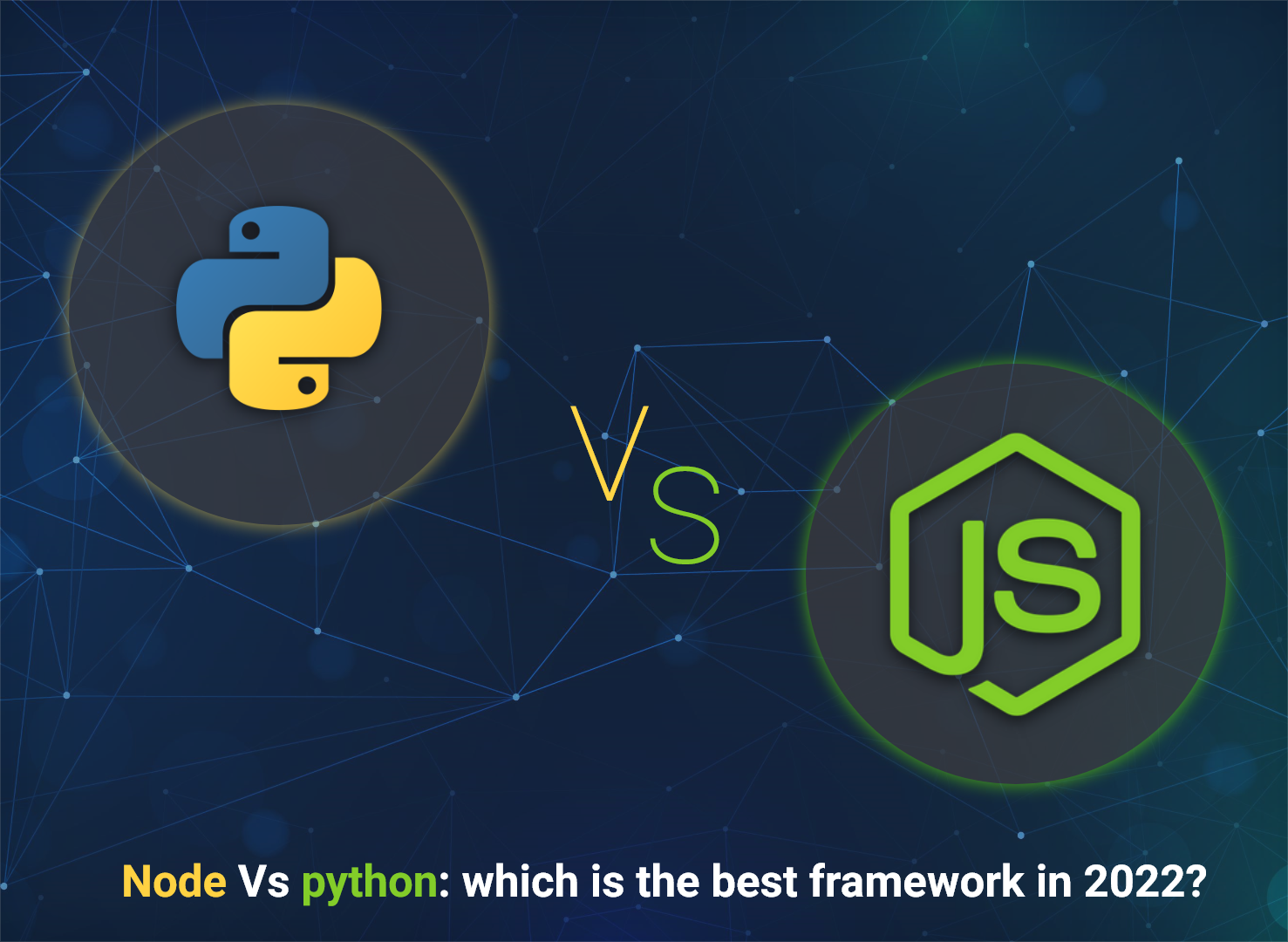 Choosing the correct backend technology for your web development project is a big decision that will affect your application for a long time.

A good decision will be more stable and easier to grow, whereas a bad one will force you to rewrite the entire programme, which will cost you time, money, and team morale.

In the interest of brevity, we've put together a head-to-head comparison of python and Nodejs. We'll look into each tool in-depth, learning what it is and why it is useful, as well as the distinctions and similarities between them.

It operates on the V8 JavaScript runtime engine and is developed in C, C++, and JavaScript. Node.js has an event-driven, non-blocking I/O design, making it ideal for real-time applications.

Some of the core features of Node.js include:

If you’re new to the world of app development, you can consider a Nodejs development company to do it for you without spending much on R&D.

Python is an object-oriented, high-level, dynamic programming language that is open source and combined with the fact that it is interpreted, makes it a perfect language for scripting.

Here are the features of choosing a python development service:

Know the Real Difference Between Python vs. Nodejs

Let’s differentiate Python and Nodejs based on the following aspects:

Node.js is more efficient and can manage higher memory demands. Python, on the other hand, has a slower processing rate, making it unsuitable for real-time or memory-intensive applications.

Node.js allows you to run code outside of your browser. As a result, it is more resource-efficient and performs better. Its event-driven, non-blocking architecture enables users to execute multiple tasks at once. Python's single-flow architecture makes it slower than Node.js to process requests. Both of these languages are slower than compiled languages like Java.

Since Node.js development service is quite similar to JavaScript, knowing the latter won't be a problem. Python developers, on the other hand, do not have to write as much code as Node.js developers. Python code is simple to understand and read, especially for those with a technical background.

Because Node.js lacks sufficient defined code standards, it is not the optimal platform for large-scale projects. Node.js is better suited for a smaller web app or website development projects. Python provides precise code, which is suitable for larger applications, particularly programmes that must execute many functions.

Python is a full-stack development tool, which means it can be used for both front-end and back-end work. Python is a cross-platform programming language that is ideally suited for online and desktop development. Although developers can use JavaScript for front-end development, Node.js is primarily used for back-end development. Node.js is a cross-platform programming language that is perfect for creating hybrid mobile and desktop applications. When working with the Internet of Things, the atmosphere is extremely beneficial.

Both of these tools have been around for quite some time. As a result, each has a sizable community of experienced users.

Node.js vs Python: Which One is Fast?

We want apps that are quick and easy to use, and we want them today!

Although it's an unfair comparison, Node.js is one of the quickest server-side solutions among its rivals, thanks to its V8 engine and asynchronous architecture.

It has been observed that companies with python development services have achieved up to a 50% speed boost in some circumstances with the current release and speed enhancements.

Choosing between Node.js and python as the right software technology for your project will only add to your perplexity, as both are excellent backend technologies. They can both be used to create software that is stable, scalable, and fast.

If you are still confused about which web technology is the best for your project needs then you can contact us or comment below.