Primarily Reasons to Upgrade to Ruby on Rails 6 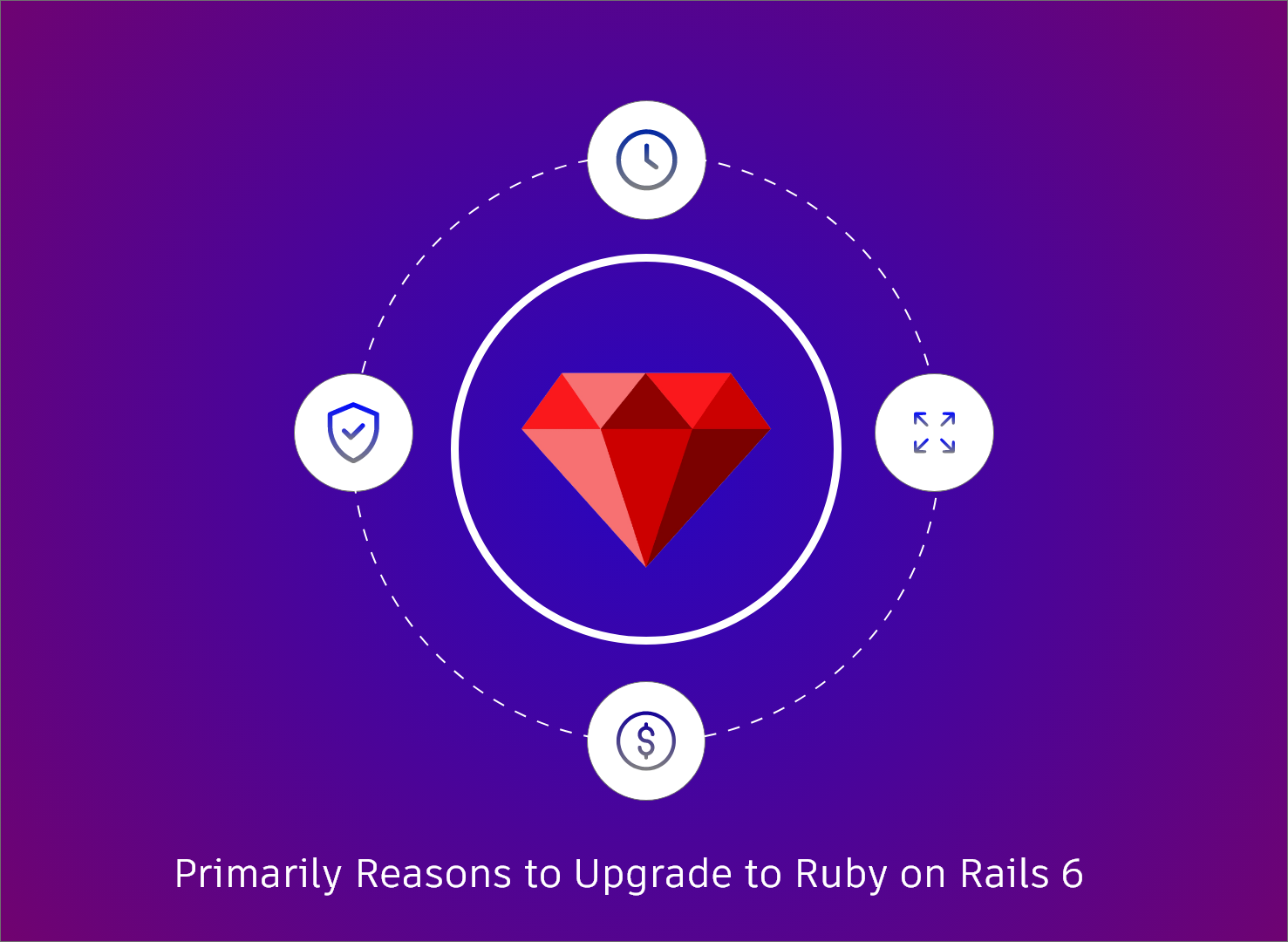 Have you heard about the new Ruby on Rails 6 release yet? We assume the response is yes, as this is a significant event in the IT business that must not be overlooked. Of course, companies are aggressively looking for the best Ruby on Rails web development services for their next web app development.

We've put all of Rail’s 6 important features to the test and examined them thoroughly, and we're ready to share our findings with you.

What is Ruby on Rails?

Ruby on Rails is an open-source web framework that makes development easy and quick. It means Rails developers now have a fantastic tool to help them work more efficiently, and they're overjoyed. Indeed, their work has been substantially simplified; why not take use of it?

There are numerous advantages to developing mobile apps with Ruby on Rails, and they may be discussed for a long time. And we'll undoubtedly discuss them in future posts. This one is about a different topic, especially the most recent framework upgrades.

But first, let's address the subject of why you should utilize the most recent RoR version. Perhaps the older ones will fare well as well?

Reason to upgrade your Rails applications

If you're solely planning to build a web application (even if it'll be a very simple Rails app), the choice is clear: you'll need Ruby on Rails 6 development services. However, if your web resource is already up and running, you should upgrade it as well. Why? Here are some of the reasons:

Bugs are being fixed. We are all stained in some way, and even the most modern technology is not without flaws (which cannot be detected immediately). Ruby on Rails, unfortunately, is no exception. Its new versions are designed to fix such flaws first and foremost.

In the event of a security flaw, the most recent releases will receive updates and new versions. Otherwise, you can't be certain that your Rails app is completely safe.

Versions of the software that are no longer supported

You are liable for any potential software bugs once the release version is no longer supported. Upgrade your web app to a supported version if you don't want to waste time.

Let's get to the fun part and start talking about the new, better, and updated features in Rails 6. What have Rails developers done to make the process of creating websites and web apps easier and more enjoyable? What features are now more reliable, faster, and more stable?

We won't delve into all the intricacies (at least, not too much); instead, we'll focus on the most significant features so you can form your own judgement about the benefits of Ruby on Rails 6 development services.

Action Text, which finally incorporates a full-featured rich text editor in the default Ruby on Rails gem list, is probably the most fascinating thing Rails 6 offers. It's built around Trix Editor, a WYSIWYG package designed by Basecamp developers that claims to solve common cross-browser compatibility issues.

Anyway, we're no longer reliant on third-party gems to fix JS libraries like TinyMCE, which has a history of issues with image uploads and other issues. Action Text is linked to Active Storage (see below) and does not require any setting. At first glance, it appears to be such.

By creating an InboundEmail class, Action Mailbox is designed to fit mail inbox into MVC pattern (which in fact is an ActiveRecord model). Saving email contents, attachments, and lifecycle data, as well as an ActionMailbox class itself, is the main trick.

Its operation is similar to that of the controller, in that it determines the actions to be taken while receiving mail. Client libraries for major mail management services like as Mandrill, Postfix, Mailgun, and others are included in Action Mailbox.

Parallel testing is another example of new Ruby On Rails 6 development functionality. Its major purpose is to drastically minimize the amount of time it takes to conduct a test. It employs two options to parallelize test operations under the hood:

The first is the DRb library, which is a Ruby internal technique of forking numerous processes without using any system protocols.

Using threads is the second alternative.

Some characteristics, as we mentioned in one of the earlier sections, require enhancement and adjustment. This is precisely what happened with Active Storage, a feature that was heavily featured in Rails 5.2.

Active Storage has received a steady stream of updates and improvements. It now supports BMP, TIFF, and progressive JPEG versions thanks to them. Another piece of good news is that Google Cloud Storage now supports streaming downloads. It means that files will now be uploaded only when the record is saved, rather than immediately, which is a much more consistent and predictable behavior.

Furthermore, rather than using the standard MiniMagick library as the default image processor, Active Storage now uses the image processing gem. In addition to ImageMagick and GraphicsMagick, such a solution is more adaptable because it supports the newer libvps library. By the way, this library performs admirably in terms of both performance and memory use.

If you are looking to implement the new Rails 6, you need a dedicated professional assistance!